Imaginary friends, the Love Hand, swans of death and the Queen, and Bradley Cooper. 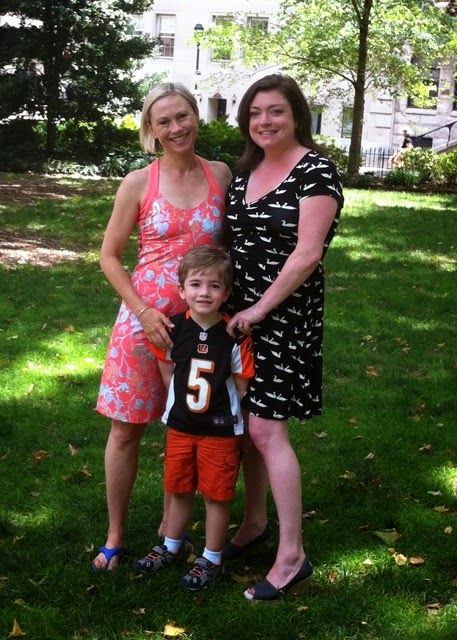 When I was in Philadelphia I had the pleasure of meeting my beautiful imaginary friend Coleen.

We've been virtual friends for nigh on five years now. She's the one who used the phrase "imaginary friend," and I quite like it.  At some point she started reading my blog and commenting and her son and I share the same birthday and it seemed we were destined for friendship.  We exchanged messages and became FB friends.  And so from afar know all kinds of things about each other.

And now we are real-life friends as well.

It's an odd, wonderful world out there.

So we met on Rittenhouse Square and it felt like meeting up with an old friend. Coleen and her delightful husband and son treated me to a yummy lunch at a French bistro on the square. They are smart and funny and interesting, and we had a great time. 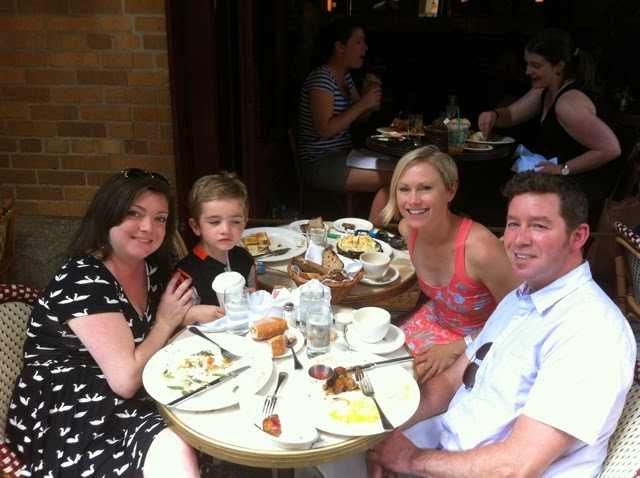 Our server very kindly took the picture. I didn't care if I looked like a tourist.

Now, I think my kids are the cutest things I've ever seen and I firmly believe all parents should feel this way about their progeny. But I will also say that Declan is just beauutiful. Like, such a delightful dollop of little boyness that you just want to gobble him up.

Plus, he says these things like, India. "Oh, that's where the Taj Mahal is. I want to go there." Cambodia? Angkor Wat. He has an interest in monuments.

He had made me a sticker-filled card. He held my hand.  He has these lists of people he loves that he keeps on his hands, and he put me on the girl hand. I made the Love Hand! Here he is showing me my location. Would that not just melt your heart? 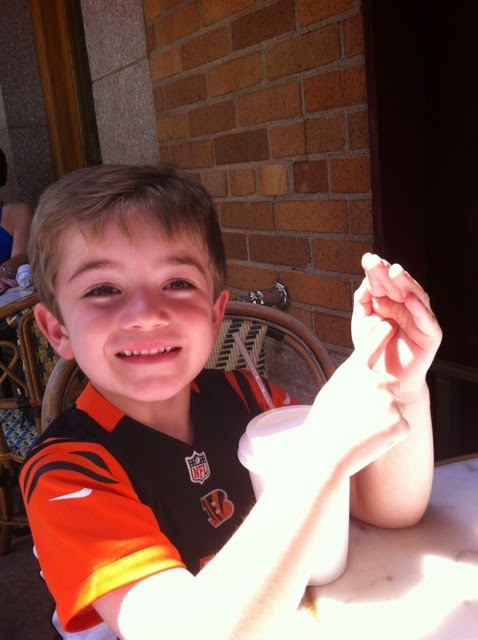 So at some point we were talking about Coleen's dress, among many other things, and Declan referred to the birds as ducks and then someone (me? I can't remember) pointed out that they are swans, and then I said that swans are, in fact, on my Fear List because they are killers.

Do you know this? Swans will take a person down and drown them dead. Seriously.

Yes, they are beautiful and elegant and you might think oh, but they're so pretty! How could they be evil and deadly?

You don't have to take my word for it. Read this and this.

I think swans are probably kind of like Bradley Cooper. I mean, I don't know him in person, but look at his eyes. He's so good looking, but his eyes? Glinty and mean.  He smiles and they do not.

I'm not saying he's calculating how to beat you off your kayak and drown you in the lake. I'm just saying: very attractive, possibly evil.

Also! Did you know that all the swans in England belong to the Queen? Yes. It's illegal to kill one, as you're destroying royal property.

Boy, am I full of random facts for you!

I don't know if other royalty have claimed other animals.  Like all hedgehogs belong to Prince Charles or some such. I only know about the swans.

Imagine. You wind up in court for killing a swan and you have to explain that it's because you were kayaking and then you got attacked and it was self-defense.

That is, if you're not drowned dead by the evil beast. In which case, well, you know.

(Also, let me just point out the importance of commas. Because the title could look like swans of death and the Queen and Bradley Cooper.  When in fact the swans are not Bradley Cooper's. Just the evil eyes. Little grammar nerdiness for ya!)