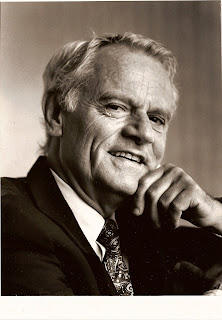 Twelve years ago today, my dad walked out the door of their house.

Twelve years ago tomorrow, we located him at the morgue.

Two weeks later, we brought him back to the house as a bag of ash.

May has become easier than it was. Or anyway, today is.

This year I didn't realize it was May, or rather what May meant, until I did. Does that sound stupid? Yes. But I felt it in my body. I was having a hard time.

And then recently I realized: it's May. May is my month of loss.

May is the month my dad left and we don't know exactly which day he died. And maybe which exact day doesn't even matter but it still matters to me.

As such, I need to remember and honor these feelings and his loss.

Nobody else needs to remember this along with me, and yet my dear friends Vik and Jess always do. In the middle of the night, when I was up and reading in the quiet darkness I got a text that said, "*hugs*". This morning I awoke to an email with, "I love you".

These messages first go straight to my nose, where that weird prickle triggers tears. Then I feel them in my heart.

Or maybe they to to my heart and that tells my nose to prickle. I was never very sciency, although I don't know if that would explain it anyway.

And it's not like an inability to build a model solar house in high school determines your understanding of physiology for life.

You know, I almost wrote that that twelve years ago today my dad walked out of our lives, but honestly, as soon as my mom realized he was gone, our lives became all about locating him.

The question always was: Could we find him in time?

My brother told Nick that my dad did it for attention.

My dad's psychiatrist told Nick that every attempt had been so severe, the fact that my dad was still alive made him, an atheist, want to believe in God.

We found him on the 16th, at the morgue.

This is not new information to any of you who've known me for a while.

You know that my dad walked out and then we searched frantically for nearly two days, and then we knew.

I wished so badly in the days that followed that I weren't pregnant, so I could have a stiff drink or five, or knock myself out with Valium.

I hated how present I was in my grief.

My life up to then had been so much about my dad. Monitoring and working around his moods, being fearful, being vigilant, searching frantically, begging and praying in the aftermath, cajoling him back to health.

Keeping the secrets, lying to friends, pretending we were fine.

When my dad was fun, he was so much fun. He was great to travel with. He loved London, so we stopped there every summer on the way back to visit grandparents. And he loved musicals, so he shared them with us from young ages. He took me to Evita when I was so small that he brought pillows to the theatre from me to sit on.

My dad was so bright, and he was so dark. I understand now that his mental illness shaped how I grew up. It determined where we lived, not just how we lived.

We left Egypt after two years, rather than four, because Dad was sick, though they didn't know what was wrong.

That was his first attempt.

Dad should've been posted to another country after India, but we went back to the US, because Dad was sick.

That was his second attempt.

His suicide attempts, living around them, working to keep him alive, defined me.

And what I see now was that my life after my dad died by suicide continued to be so much about him, about not having him, about how we lost him.

It continued to define me for so long.

The loss has become less painful, and no longer defines me, though I know it will always be a piece of me. But not the largest piece, not determining my day-to-day actions, or driving me by fear.

Growing up with my dad has made me both more understanding of people's struggles and less tolerant of bullshit.

I'm not willing to carry people the way I used to.

A friend of mine is coaching me with boundaries. Mine still aren't great, but I was raised with practically none, so I think I'm doing pretty well considering.

Anyway, it's been 12 years, and some of these anniversaries have been incredibly hard, and this year this one is easier. It's a spectacular day, and I'm about to take my dog for a walk.

And then friend is coming over to sit on our deck and catch up. Nick bought a bottle of Absinthe and he's going to make Absinthe cocktails.

I thuppothe it will make our hearts grow fonder.

When you need a train it never comes

I don't have a plan, and though I have a propensity to blurt out awkward little statements every once in a while, I'm not actually an impulsive person.

I always save dessert for last. Or for tomorrow.

Even as a kid I'd have waited on that marshmallow forever if I needed to.

I'm not even good at planning. So I guess that helps, too.

But sometimes, like today, I think things like: what if I just tripped in front of that huge, heavy truck?

Sometimes, like today, I think it would be a relief to not be here anymore.

I know for a fact that it wouldn't be better for my family. I have been in spaces before where I didn't know that, and this right now space is not like that. I would be crushed to never see my kids again.

I yelled at my daugher after she spent 38 minutes, beginning the second she woke up, scream-crying about the Mondayness of Monday and also everything else. With two minutes left to go, two minutes till we were meeting her friend, she decided to change her outfit.

I'd been so good at sympathy and empathy for 38 screaming minutes, and then I lost it.

We put on her shoes and hustled her down the block, wailing like a banshee all the way.

I hate myself when I yell.

Sometimes I hate myself even when I don't yell.

Today is not one of those days. I don't hate myself.

Our house is such a mess.

I think I killed or at least severely damaged my succulent by leaving it out in the sun.

There is so much laundry. So much. So much that I could probably burrow into it and fall asleep and it would be hard to find me.

There is so much everything. And it's all hard.

How come nothing is ever easy?

And then I feel like an asshole, because there are real people with real problems. Not that I'm not a real person. But my god, compared to so many people, my life is so easy.

It's not like it's a fucking tragedy to have housecleaning and too many dirty clothes to deal with.

It's more that I just...think it could be peaceful. Not to be here anymore, I mean. Not to be me anymore.

Like I said, I don't have a plan, and I don't lack impulse control.

I know bad place this is brain chemicals, and this is temporary. I felt joy this weekend and I know I will again. It's not one of those dark empty places with no hope in sight.

I want to take my mom to the doctor and hug my kids after school and kiss my husband when he gets home. Oh, and walk Wanda.

So really, I have a great grip on that stupid fucking marshmallow. Although I guess that makes it sound like suicide would be gratification. Which of course it's not.

Maybe I just needed to say all of this out loud. To acknowledge these feelings and remind myself of what they are. And to try to let them go.

This isn't a cry for help. Truly.

I'm so solidly here, buried under the laundry.