In case you've ever wondered, this is what my brain looks like 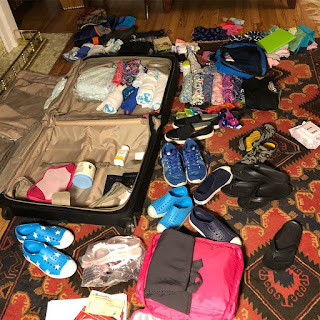 Around midnight last Friday, the night before the kids and I left for three weeks in Colombia, this was the state that I was in.

I kept having one more hurdle to get past before I could organize and pack. First, work travel. Then, I was writing an article (which, when published, I will tell you and everyone I've ever met about). Next, the Overnight walk.

And finally it was the weekend and we were leaving on Saturday afternoon and ohmygod it was becoming increasingly clear that I was not going to fit all of our everything into Nick's designed for manly suits work suitcase.

I rolled garments into tight little rolls, and filled as many of those efficient packing cubes as we had. And still, no fit.

So then I realized that at this point my children are old enough to be helpful when they're willing, and I could enlist them to roll one bag.

So I added a rollaboard, (rollerboard?) and off we went with what I thought was a rather reasonable amount of luggage. 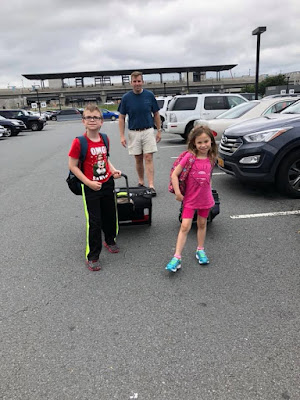 The kids were semi-cooperative in the airport, except when they weren't, at which point they were fighting and sliding on the ground in the middle of the terminal. I decided to pretend I didn't know them. 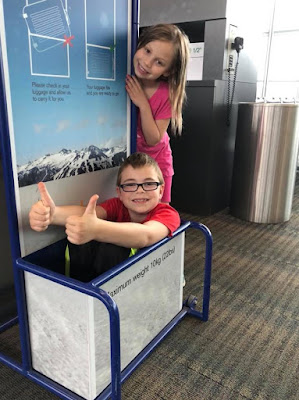 And then they decided to see if they could fit into the overhead compartment. My first inclination was to snap at them and tell them to get out of there right now! But desire to take pictures won out, so I did that first. 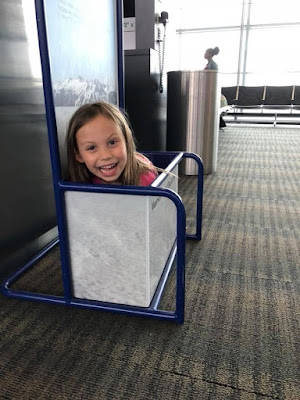 We flew Copa, which sadly had no back-of-seat movie screens, but did have lovely staff. My children ate all of their airplane dinners, with no complaints.

We had a stressfully brief layover in Panama City, and arrived in Cartagena around 10:30 Colombia time, which, when the US springs forward, is one hour back. Jordan immediately lay on the floor next to the conveyor belt, thus causing my head to melt.

I'm no germaphobe, but two airport floors in one day is at least one too many. 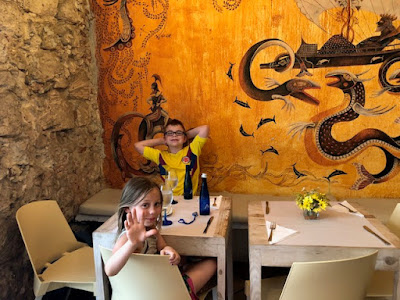 And now here we are, and we've already been to my kids' favorite restaurant (pizza! mural!) and gotten Jordan a soccer shirt because tomorrow Colombia plays Senegal. Vamos, Colombia!

I'm not gonna lie, I'm beyond delighted to be here.
Posted by Lemon Gloria on Thursday, June 28, 2018