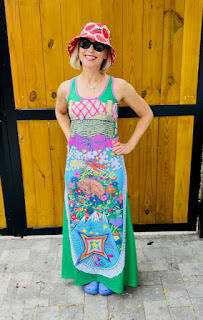 Yesterday was a glorious day for a birthday.

I like to write a birthday post on the day, but the entire day was just so busy.  Well, the entire day up until 4:00 pm, at which point I commenced celebrating.

And I have learned that I do not have the fortitude to drink with a Russian.

Nick and I are currently headed to Maine, so we spent much of the day preparing to go, and getting the house/dog sitters acquainted with the house and dog.

Plus I had to bake a cake. And get ready for my wee party.

Initially I was going to let my birthday pass mostly unremarked upon, but a couple friends said I just had to celebrate in some small way. Which, honestly, I wanted to but I guess I needed some prodding.

So on Thursday I sent an email to a few friends recognizing the last-minuteness of the situation and inviting them for afternoon drinks and snacks and cake.

The fact is that I'm an inviter, and I have great taste in people, (really, I do). And even though I regularly loathe humanity, I seem to meet amazing people with some frequency.

That said, I'm also not a very good organizer. So being a disorganized inviter, I tend to wind up preparing for large parties in a state of utter anxiety.

Fortunately, Nick is a terrific organizer, and ultimately our parties turn out well because the people are so interesting and we have lots of food and drinks.

But! Being that it is still Covid times, and this is the first party we have had, and we all needed to fit in the shade of the umbrella on our deck, I kept it very small.

Honestly, limiting a list is something that takes effort. Much like how I have to focus hard on the amount of popcorn kernels I pour into the pot so that I don't wind up with twice the pot capacity when it pops.

I've only managed the appropriate amount once or twice.

After a couple weeks of the kind of heat and humidity that gives a bad name to summer in DC, it was suddenly and inexplicably perfect. I mean, I guess it is explicable, in that I heard on NPR that this weather is coming all the way from Greenland (I think? Somewhere very north and cold.).

So instead of being soaked the moment you leave the house and then slogging down the sidewalk dripping, the morning was actually chilly! Or, maybe not for most humans, but my friend Meg and I like to text each other about how cold it is when it drops below 80.

I don't mean to go on about the weather but it's been a big topic because the heat has gotten so hot. Somehow we have been talking about how hot it is every single day. It's been so hot.

Not, like, Spanish vacation hot where the heat was coming straight from Africa we had no AC and I took to drinking first thing in the morning right after my coffee because everything was so hard. Or maybe it has been that hot, but we do have AC and no beach so we just stay inside.

This past year has been one of emotional growth for me.

You know how however you feel is your reality, whether or not it's factually real, and no matter how much your reality doesn't line up with other people's?

Like, not total fantasy, but maybe your perception of yourself and your place in the world is a yellow circle, and other people's perception of you is a red circle, and while there is some percentage of orange where they overlap there's still plenty of separation as well.

So, I think my biggest revelation is that I have always been loved, and never actually been alone, no matter how isolated I felt. So many people reassured me that I was loved and cared for, but there were many periods where I didn't actually believe that.

In my awake life, I feel confident that I'm loved, and that I'm surrounded by people who care about me.

In my dreams, I'm still regularly abandoned, and entirely alone.

Sometimes while still asleep I can remind myself it's not real, that it's just a dream. And sometimes I can't, and I awaken upset.

So I suppose I'm still processing. But on the whole doing so much better.

This was also the year I discovered the magic of Crocs. Who knew they were so cute and comfortable?

India and I share, and we've now gotten my mom into them as well.

Both kids have been at camp all summer, and while I'm so happy for them, their prolonged absence has been hard. I mean, yes, it's been a tremendous luxury to go to yoga every evening and not worry about dinner. Or to have a last minute have a date with Nick.

But my gosh, I miss them.

When they were younger and the physical and emotional demands were relentless, I fantasized about a kid hotel kind of like how you can board your pet for an extended period of time. Just for a break.

But we have had an extended break, and I really miss their company. They're funny and interesting and old enough to be independent but still young enough to want to spend some time with us.

Nick and I pick them up on Tuesday, and I cannot wait to hug those little humans. Or big humans, rather, as Jordan is taller than me, and from photos it looks like he's grown more this summer.

Also, since we only communicate through letters, I get tidbits of information, and then I want more, but the subsequent letter doesn't necessarily provide the next installment. Like, why did Jordan and his tent-mates get in big trouble? What kind of trouble? Who is the mean girl in India's cabin? Did they ever figure out who stole Jordan's magic cards?

The kids get candy once a week at camp, and our last request from Jordan was to send him candy disguised as something else.

I'd sneak a shiv into prison for that kid, but on the whole I'm a first-born rule follower, and I'm most certainly not sending contraband sweets and getting in trouble with Aunt Laura.

And that's all I have to say about that.