The Story of Lemon Gloria 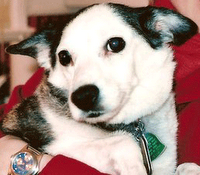 Just over a year ago I got into Internet dating, which changed my life in the way that a new pair of boots can temporarily change your life, or anyway, you think they can.

Faced with choosing a user name, I couldn't think of where to begin.

I searched other profiles. How about BlueEyesDC or ChaiLatteLover or FunGrrl? Grim, grim, grim. Panic. Indecision.

Desperation to get my profile up on Match.com because my old boyfriend is dating a 25-year old. A fucking decade younger than me and not pretty. Well, attractive from a distance, if you can ignore her taste in clothing.

I hesitate, however, because you’re supposed to use the first street you lived on and your first pet. Our first dog was originally named Rambunctious (I am not kidding), and I grew up in India. So no possibility of anything like Lady Maple or Honey Swann. No.

For me it would be Rambunctious Mahatma Gandhi. Although this amuses me, I can’t even imagine who this might attract. Clearly untenable. So I picked a later street, and our last dog, Gloria, a mutt from the pound in Peru.

Some of the Match guys who contacted me thought they remembered a Lemon Gloria being a cookie their grandmother used to make. I like this idea as well. I was just thinking about Gloria the other day. She died a year and a half ago, and while I can still cry thinking about her, I don’t think about her every day anymore.

It’s weird how this happens. You’re certain something will never stop hurting, but eventually even the most painful things do.

I chose Gloria, and I named her. It’s a name I love. My mom, Betty, turned out to have a lot of friends named Gloria, none of whom were terribly pleased at the coincidence. We got her in 1995 from the pound in Lima, Peru, where my parents were living at the time. She was so bright and already fully Spanish-English bilingual by the time she moved to the US with my parents.

She was incredibly charming, smiley, tail waggy. People would stop my mom all the time and ask what kind of dog she was. One day a man in the park suggested she might be a Jack Russell Terrier.

My mom took this as truth, but translated into Betty, this was remembered as a Jack Daniel Fox. Anyone who asked was told this utterly sincerely. I have no idea if people thought this was a new breed or thought she was lying.

Gloria was smarter, funnier, and more interesting than most people I meet. I loved her like crazy. My old boyfriend used to get annoyed that I would call them the same pet names, but I was never quite sure if it was that he didn’t want to be called things like Scootyboots or Sweetiepea, or if he wanted to make sure I had separate buckets of affection for each of them.

I do remember him objecting to being called Buttface in a moment of anger, but that of course was something I never called her.
Posted by Lemon Gloria on Friday, October 13, 2006