Construction with ex-convicts, the bathroom, and The Surprise! 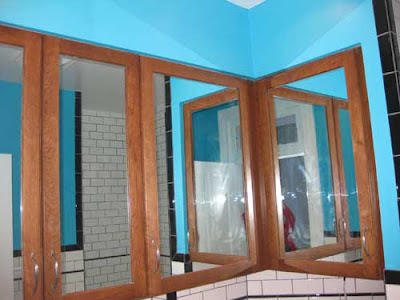 Typically Australian Builder calls Nick with questions or to talk about how construction is going.

And can you tell I'm kind of fixated on construction? Which is supposed to be done on Thursday? Fingers so crossed and also yippeenakedbackflips?

Actually, let me back up. The bathroom is done! They put up a pole yesterday and last night we put up the super cute elephants shower curtain, but I didn't have time to take new pictures. I had trouble working the angles, but you get some idea of what it's like. The window is over the tub. 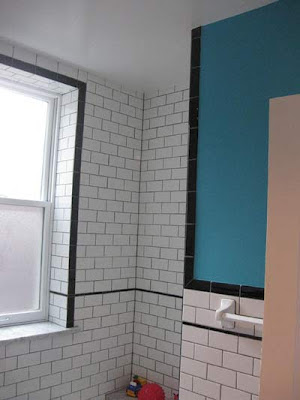 I'm pretty in love with it. I love the tile and the color and the tub and the cabinets. The fact that we are no longer in danger of stepping straight through the floor figures in as well. And the fact that I can just walk down the hall and shower is kind of magic too. 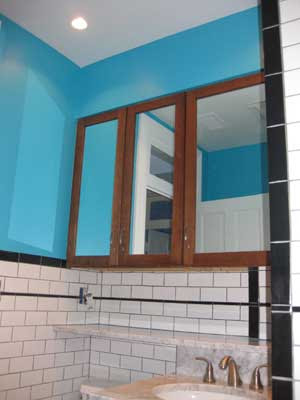 But! Back on semi-track! I don't think I've told you how Nick used to spend his summers working construction in New Jersey with a bunch of ex-convicts, have I?

So he knows a lot about construction (and ex-cons from New Jersey - who, seriously, used to do things like inject tequila), and can not only talk about materials but techniques and tools and wiring and you know, whatever else one might talk about when talking the construction talk. He might also be able to talk prison talk, but surprisingly, that's never come up.

Even before that, Nick's father, who is cerebral and not remotely practical, started asking Nick to fix plumbing and electrical problems in their house at quite a young age. And so he figured stuff out. Thankfully, for the more complicated projects where he thought he might get electrocuted or flood the house he said he was like, "Um, Dad...maybe we could hire someone? I'm only 12."

But this is such a sidebar, because what I really want to talk about is The Surprise.

Last Friday Australian Builder called me - me?! - all excited. "Remember I told you I had a surprise for you? The surprise is done! What time are you going to be home?"

He'd put a surprise for us in the bathroom. It was not a puppy. And I was to call him when I figured out what it was. Jordan and I looked everywhere. We got in the tub. I opened all the cabinets. We closed the door and looked behind it.

It's a good sized bathroom - certainly bigger than what will be our master bath - but it's not that big. How could we miss the surprise? So I had to call him and say, "OH MY GOD I LOVE LOVE LOVE THE BATHROOM I LOVE IT SO MUCH BUT WHAT'S THE SURPRISE?"

So he told me to lift the toilet lid. He said the plumber, who is an equally large and manly man called him one day and was all, "Listen to what I found!" And AB said, "Buy it buy it buy it!" 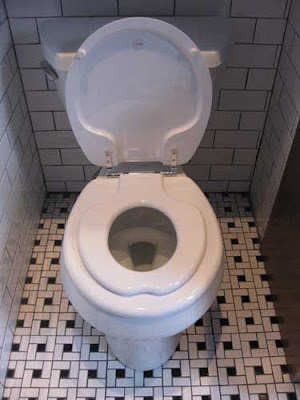