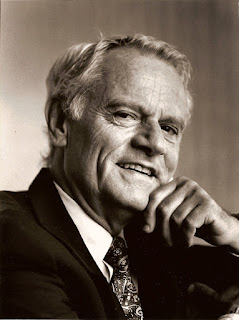 Last week I told Nick that a friend of mine was going to do some energy work on me.

I have friends who would respond, "Oh, Reiki?"

My husband is not an "Oh, Reiki?" person. He looked at me nervously, like maybe by energy work I meant I was going to hook myself up to the power grid and see if I could power Christmas lights.

I explained that the practitioner channels energy and puts their hands over or on your body, and, you know, just makes you feel better. I didn't actually have any further explanation.

Not his thing but not dangerous or objectionable.

OK. So the next morning I saw my friend. The thing that astounds me about energy work is how warm the person's hands get. You can think what you like, but if it is not energy being directed, then what?

It was relaxing and soothing, and immediately, I felt like my anxiety had lessened. I've been sick, and at some point my ear started throbbing, then felt like it opened up.

I felt calmer, better than I had in ages.

When the session was over, she told me that a man had appeared while she was doing the treatment. She saw him out of the corner of her eye. He was relaxed and happy, laughing. I asked if she recognized him, but she didn't.

She said a person or a presence typically appears when doing this kind of work.

I found it interesting, but didn't think much more about it.

I had a writing deadline for a tribute to my dad for International Survivors of Suicide Day. If you'd like to read it, the link above takes you to the post on This Is My Brave.

The writing was on my mind when I woke up, and I left my friend's place thinking about it. I walked out with more clarity, and feeling positive in general.

Yesterday, I saw my friend. She said she had to tell me something.

She'd read my post about my dad. She'd seen, for the first time, a picture of him in his later years. Usually the pictures I post are from when he was much younger.

She said, "As soon as I saw your picture, I recognized him. He's the one who was in the room."

I got goosebumps. I teared up.

Energy doesn't go away just because you die. We are all connected.

He was there, and he was laughing.

This gives me immeasurable peace.
Posted by Lemon Gloria on Tuesday, November 22, 2016

Email ThisBlogThis!Share to TwitterShare to FacebookShare to Pinterest
Labels: grief, health and compulsions, love and happiness