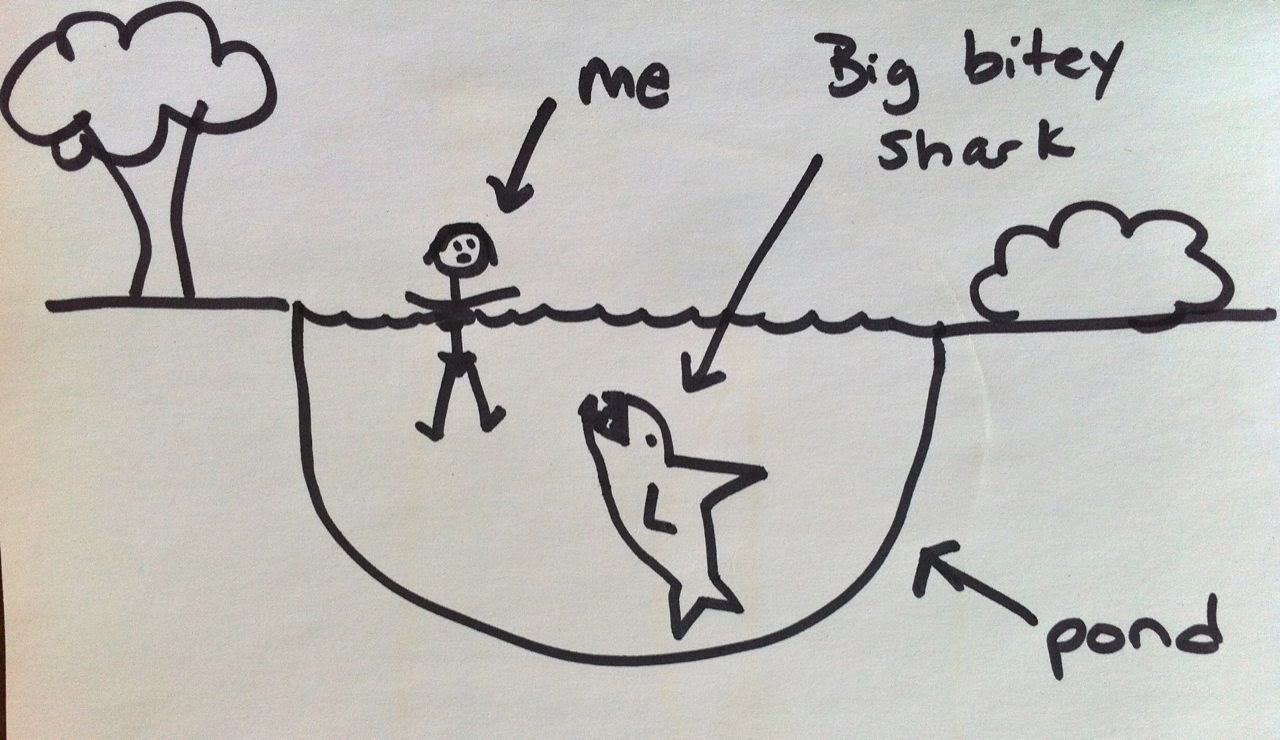 Looking in the mirror in the dark: Because you never know what you'll see behind you. It would be double jeopardy to look in a mirror in the dark in the basement.
Posted by Lemon Gloria on Friday, March 21, 2014

Email ThisBlogThis!Share to TwitterShare to FacebookShare to Pinterest
Labels: health and compulsions, there's something wrong with us