Take my hand, take my whole life too 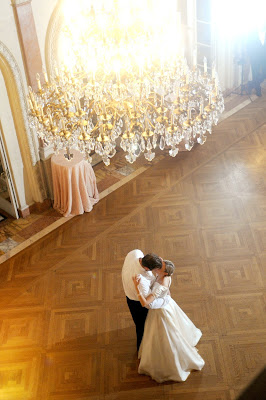 Ten years ago today I had a date lined up for tonight.

One decade, one wedding, two children, two moves, and too many funerals and memorial services ago, I had not yet met Nick.

So half a score ago, I got up alone and dressed for work in an outfit that was cute enough for a date, but still serious enough to have gone to work in.

Because, see, one evening in summer I'd changed into a sundress for a first date, and the guy said, "Did you go to work in THAT?"

Along these lines, I'd begun wearing my glasses on dates. Then a date asked if I'd worn them to deliberately look less attractive. Come to think of it, he was also the one who wanted to know what was wrong with me, being that I was apparently this pretty, funny, and smart.

What was not obviously wrong with me that I was still single?

What I'm saying is, I didn't get up that morning with the thought that I'd meet a man I might marry anytime soon or really ever.

In fact, I did go home to change after work, but mainly because it was one of those weird warmy-coldy DC November days, and my outfit was either too hot or too cold and I can't remember which.

And I did wear my glasses. Both of these things I remember, because changing meant I had to hurry, and because I was hurrying I was sweating. And because it was cold my glasses fogged up as soon as I walked into the bar at the Tabard and said hello to Nick.

He teased me about the glasses then and there. He didn't mention the sweating until we knew each other way better.

You've likely already read about this day at least once or maybe nine times. (Why isn't there a nince, like thrice? Have I written about this nince? I can't remember. But here's the first time and the second time.)

I was 38 and had been internet dating for about two and a half years at that point. I would say that I had no hope left, but that's not exactly true. I couldn't keep going on dates if I had no hope.

So I suppose it's more accurate to say that I had no positive expectations.

There were many reasons, I had learned, that I might loathe whoever he turned out to be. I'm being melodramatic. I might not outright loathe him--that rarely happened--but the overwhelming odds were that I would never want to kiss him and that would be that.

I was tired of going on dates and wishing that instead, I were home doing laundry and watching Grey's Anatomy. I was tired of looking but afraid of not doing so.

I wanted to throat punch people who told me I was trying too hard, that they met their spouse when they weren't looking.

Mainly, I was so tired of balancing on that sharp and painful line between hopefulness and utter despair.

You give up hope and you're done for in this life. Or anyway, I would be.

So I had to maintain a modicum of it, while still having no expectations. I didn't get excited for dates anymore, but I couldn't give in to dread, because then where would I be?

I should just sum this up by saying I was tired.

I was tired and five minutes late and it was warmy-coldy and I was rushing and sweating.

Nick was five minutes early and calmly sipping a beer by the time I hurried in and scanned the room.

He stood up and held out his big warm hand to introduce himself. I put my small cold hand in his. He smiled. He teased me about my glasses, but didn't compliment or denigrate them.

He didn't talk about his work or ask me about mine. We talked about travel, and books, and weird situations we'd gotten ourselves into and out of. He was warm and kind. He was funny, and he laughed at things I said that I knew for damn sure were funny.

Ten weeks later, when he asked me to marry him, we didn't actually know each other all that well. But he was absolutely certain, and I was confident enough to ride on his utter certainty.

This is who we are in life.

If we stop at a convenience store he chooses a beverage and doesn't give it a second thought. I stand in front of the frige and think, "Would I rather have lemonade? But tea has caffeine, and I'm kind of tired. But then I might have to pee. I should probably have water. But..."

Of course marriage is way bigger than picking a drink for the road. I wouldn't ever suggest that ten weeks is an amount of time that tells you everything you need to know about a person.

We all know that it could've gone very badly. I won't pretend that there haven't been some hard periods of time, and we all know I joke about stabbing my husband and that he never finds funny.

But as a human, he is good people. He's generous and smart and thougthtful. He is polite to everyone, and he makes sure our children are as well. He's kind. He laughs and he makes me laugh. He's a very decent, loving person and a terrific husband and father.

I didn't know any of these things when I headed into my last first date.

But I'm thankful every day that I did.
Posted by Lemon Gloria on Monday, November 13, 2017

Email ThisBlogThis!Share to TwitterShare to FacebookShare to Pinterest
Labels: dating and relationships, love and happiness, marriage