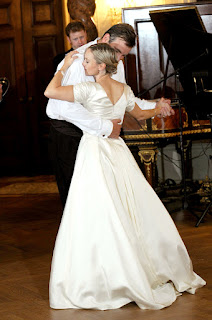 Tonight is the night, 14 years ago, Nick and I met for the very first time.

A year later I wrote about my last first date.

Honestly, my trip to Cancun with Jen was the funnest Thanksgiving of my life. I have many delightful memories and photos from that trip.

Which, I'm happy to report, he still is.

I typically write a schmoopy post about our meeting. I love the early anniversary posts I wrote. I adore writing the goopy, lovey blogs.

But I have to be frank.

This year, this anniversary, we're rather annoyed with each other.

Or anyway, he was initially annoyed, and then he was kind of a giant dick, and now I'm still annoyed, although I'm trying not to be.

I'm not saying alcohol is the answer but I am saying that a tequila kind of took the edge off.

Because here's the thing. Everyone in this house but Nick is pretty messy.

Not like spill chocolate syrup on the floor and leave it. More like leave your jacket on a chair, and also your books in a pile, and your backpack, which has no actual designated location, wherever you might drop it when you come home on Friday.

And the counters get kind of full. And so on.

I was raised in a tidy house, but we had servants. I was never actually tidy.

Nick was raised in a household where children weren't even allowed in the living room because they might mess it up.

Our kids are allowed in the fucking living room. And by the end of each week, entropy has won.

When it all gets to a certain point, Nick gets mad. I told the kids earlier today that we had to tidy up the ground floor or Daddy would get mean.

And then we didn't tidy up.

And then Daddy got agitated and super pissy about the mess.

Frankly, I feel like there are many things I deal with daily and many things I ask our children to do, and I am met with resistance with all of them. And I'm tired all the fucking time without struggling with our children.

So the mess piles up.

And this might seem tangential but in my mind it is gential, or whatever the word might be. (Because at this point I have had a little more tequila and frankly, I don't care exactly what the word is.)

So. Nick is trying to eat healthier. So I make these healthy meals, and for the most party, my mom and India and I eat them. Nick and Jordan might--might--eat them once. And then never again.

Which means I've put all this effort into something that isn't appreciated.

Recently Jordan got mad at Nick about something and said, "All you think about is meat and mayonnaise!"

Nick initially thought it was funny, and then when I was like, "Uh, he pretty much nailed it!" he got kind of defensive.

I didn't say out loud that he also mainly thinks about work and rowing and sex. Not always in that order.

But meat and mayonnaise are up there for sure.

Anyway, I feel like we are having the kind of day where neither of us feel like what is important to us is valued by the other. And our efforts aren't recognized.

The fact is, this is something that happens. It's extremely annoying. In the way that living with other humans and trying to get along most of the time is challenging, and frankly, often annoying.

This evening I said, "I think we're not having one of those 'I'd marry you all over again' kind of days."

And Nick said, "I'd marry you all over again."

Which is not to say I regret being married to him. Or that I think I'd be in more harmony with someone else.

More, just, this shit is hard. And it doesn't actually matter what calendar day it is.

He's not going to find that funny.

Still, I love him. And he still loves me.

He is my place of absolute safety. My guaranteed laughter. My home.

Maybe at year 15 we'll once again have a romantic Tabard date.

And come home to a tidy house.