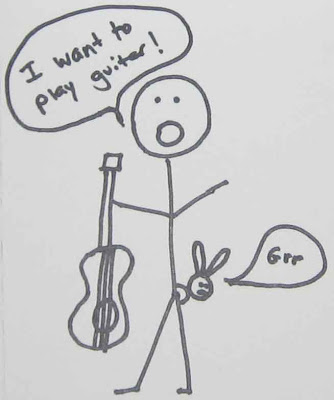 I discovered this weekend that the town of Princeton has an inordinate number of tow-headed children.

Seriously, I don't think I've seen that many white-haired kids in one place since I was in Germany last.

One of my friends remarked on all the tow-heads, which led to a conversation about the spelling (toe or tow?) and the origin. I looked it up, and Urban Dictionary defines it as: "...literally "flaxen haired". This meaning of tow comes from Middle Low German touw (which means "flax, hemp fiber")."

On a side bar: My ayah, or nanny, used to tell me repeatedly when I was a kid in Bangladesh that I had hair just like jute, which is a pale fiber. This made me cry, because I wanted black hair, just like everyone else.

Anyway, this tow-toe spelling conversation led me to say that even though I now know that the towpath is spelled "tow" in my mind I picture the word "toe."

This is because when I hear a new word I spell it to myself. Right or wrong. I might look it up, or ask, or never bother and keep spelling it wrong. But usually I like knowing how things are spelled.

So before I knew the origin, I spelled it toe. To myself. Turns out it's called a towpath because the path used to be used by mules who would tow the barges on the canal. Towpath. Path for towing. I get it.

But whenever anyone says they went running on the towpath, I still think toepath. And I still get this vision of an enormous naked toe traipsing along beside the river.

Like, you know how the finger of God is reaching towards Adam on the ceiling of the Sistine Chapel? A lot of times you see a picture of just the hand and the finger as a detail, rather than being given a picture of the whole ceiling. But you get the reference. You know the limp hand is attached to Adam, and the hand with the pointing finger belongs to God. It's an easily recognizable image.

So the toe on the toepath is kind of like that in my mind. It's a sunny day and there's this enormous, disembodied toe of God traversing the toe path.

Next up: the homonyms "hair" and "hare" - which I really only confuse in one context.

A few years ago my brother called me up. He said, "Lis, I just got this wild hair up my ass to play the guitar."

Wild hair. Right? Except that what I heard in my word-to-image mind? Was wild hare.

Yes, I know this makes no sense, although don't you think it only makes marginally less sense than a wild hair? Up one's ass?

So I started to laugh. The vision in my mind, "a wild hare up my ass to play the guitar" was just so fabulous. My brother suddenly wants to play the guitar. And this wild rabbit, out of the blue, is furious. And wanting to get the hell out of his ass.

Not many fleeting, random thoughts are funnier than the idea of my brother, or anyone, really, with an angry feral bunny sticking out of his butt.

I've tried to determine the origin of the expression "wild hair" but haven't been able to. Admittedly I haven't spent 54 hours on it, but I have done some Googling. It was suggested to me that it originated with horses, who, if they get a wild hair from their tail stuck in their ass, will take off like a bat out of Hell.

And the "bat out of Hell" business? Why a bat? And then does that somehow connect to "batshit crazy" - one of my favorite expressions?

So many things I don't know.
Posted by Lemon Gloria on Sunday, September 23, 2007