Big pumping, spendin' Gs redux and yet another reason I love Canada

So. Is it Gs or cheese? I think I wrote cheese last time. But Gs make more sense, no?

You know me, all Big ole Chedo Lino. 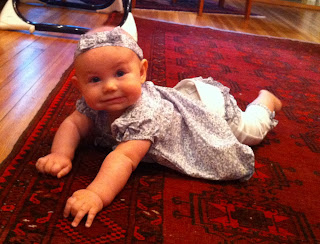 My sweetie sweetness and the entire reason I am doing this damn pumping.
And doesn't it look like she has a devil horn?

Anyway. The point of this post is not that I am an inane lyrics understander or misunderstander, although I am. The point is that I'm having a nipple issue and Medela is not helping.

And also that Canada is kind of like a magic place, and it seems to me that the next time I am looking for something, maybe I should just start there. like, why did I waste all that time on Match in my zip code? I should totally have been looking in Canada.

Even though I'm deliriously delighted about how things turned out in the end and thankthegoodlordImeetNickandlivedhappilyeverafter. But maybe if I'd realized the magic of Canada years ago, I wouldn't have had to wait so long before not dying alone, or at least had better experiences along the way, you know?

Recognizing, of course, the difficulty of going on multiple first dates with denizens of Canada rather than the District.

But back to the issue at nipple hand.

So anyway, I've returned to work and to pumping and it just sucks in 54 different ways. No pun intended.

Also, let me get off on a side bar here and say that if you have ever squozen milk out of your boobs and then preserved it for future use and then someone like your husband just blithely defrosted something like eight ounces back when your baby wasn't taking a bottle, it might remain a thing for you for quite some time.

Like, sorry I forgot to turn on the stove fan and now the house smells like fried eggs but you wasted eight ounces of my milk without even blinking, you fucker.

Someday I will let it go.

OK, and now I must tell you that THIS is precisely why I haven't been writing. Because even when I have something to say, look how disjointed it is. I walk into the bathroom with a purpose and then I'm all, huh, wonder what I wanted here? I don't need to pee or brush my teeth...maybe I should take a shower?

And then it turns out that actually, that's where I left my shoes.

Now really really back to my point. My point is that I threw away my old pump breast shields because they weren't suctioning well anymore. And I didn't realize that they were like leprochauns and no matter how many places you thought you were about to find one, you couldn't.

You see, they were soft and siliconey and comfy. While it wasn't the boob equivalent of sitting in an easy chair and watching Downton, they were so much better than the alternative. I've recently learned.

Because now all I can find are these hard little sucker thingies. Which make my little cupcakes not quite so happy.

I thought I could get more with a trip to Target, but nay. Then I figured with a few scant clicks on the internet. Surely Amazon? Nay again.

In fact, Medela stopped making them and nobody has them! I've called and emailed a ton of small web stores that look like they have them up for sale, and they've all been like, "Oh, sorry. I shipped the last ones out yesterday." 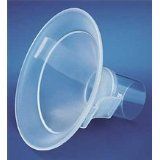 These little suckers are impossible to find.

So I gnashed my teeth and raised my fist to the sky, cursing Medela and also whoever had bought the last ones at every last place in the U.S. of A.

And then, then I found them in CANADA! Oh, Canada! The land to the north of good people and universal health care and excellent maternity leave. I filled out the little BUY ME RIGHT NOW form. And then they said, oh, but you must have a shipping address in Canada.

Not to be thwarted, I left a Facebook message for my Canadian in Canada friend Sophie asking if I could have these breast shields shipped to her. It turns out she thinks she has the very things I need in her cupboard! She thought they were weird and never used them! And was about to get rid of them!

We conducted the whole conversation on her wall, about which I didn't think twice, until a guy friend said he felt like a voyeur.

But once you've given birth, breast shields are the least of it, you know?
Posted by Lemon Gloria on Thursday, September 13, 2012