Let me see what spring is like on Jupiter and Mars

At our B&B in New Hampshire, Nick saw a brochure for biplane rides. Spoiler: he talked me into it.
Specifically, this biplane. This wooden-propellored, cloth-winged biplane named Francesca. 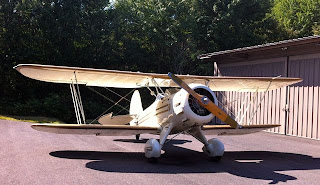 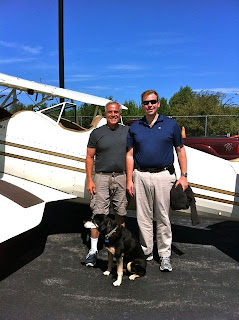 So Nick saw the brochure, and his eyes lit up, and he immediately said, "Please please please oh please would you go for a ride in it?"

To which I responded, "I think it's best that one of us is still alive to take care of the kids." And other things along those lines.

But I thought he was talking about a sea plane ("bi" standing for ability to land on ground or water, naturally), and I figured that if all went terribly, well, they'd just land in one of the lakes and we'd be fine.

Which I told Nick on the way there and he was all, um, no, not so much.

But Phil was very reassuring, and he promised not to do any flips. So, there we were.

Since the wings are covered in cloth, you have to get on in a very specific place, and in a particular way. Lest you step through the wing. 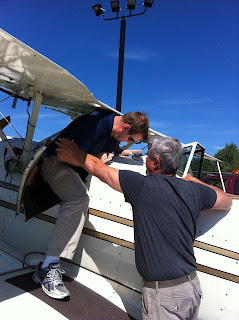 It's easier for the first (larger) person. But we squinched in just fine. Phil sat behind. We all had on headphones with microphones. 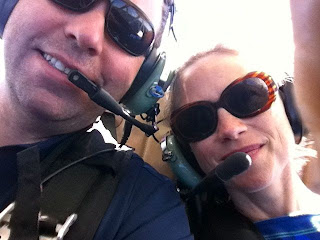 It was spec. tac. u. lar. It was actually quite relaxing, oddly enough. And the view was extraordinary. 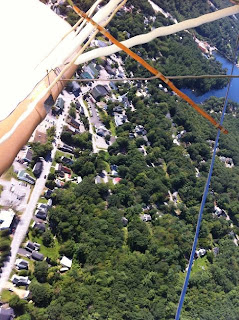 I didn't take a lot of land photos because the wind was really strong and I was afraid of dropping my phone and killing some poor soul below. Which, you know, would be bad. 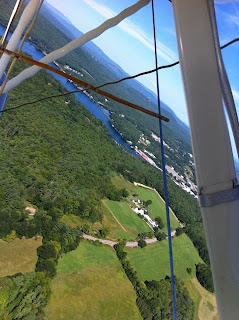 But the experience was tremendous. 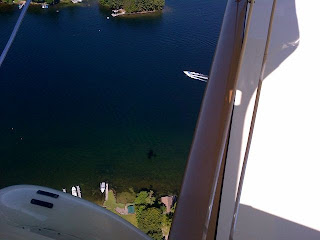 In fact, halfway through the flight I said, "If you want to do a flip, I'd be up for it."

Alas, he couldn't with two passengers. 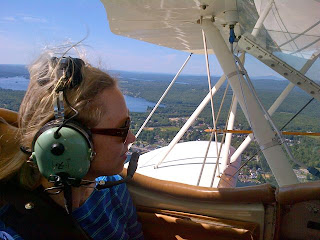 Email ThisBlogThis!Share to TwitterShare to FacebookShare to Pinterest
Labels: love and happiness, travel