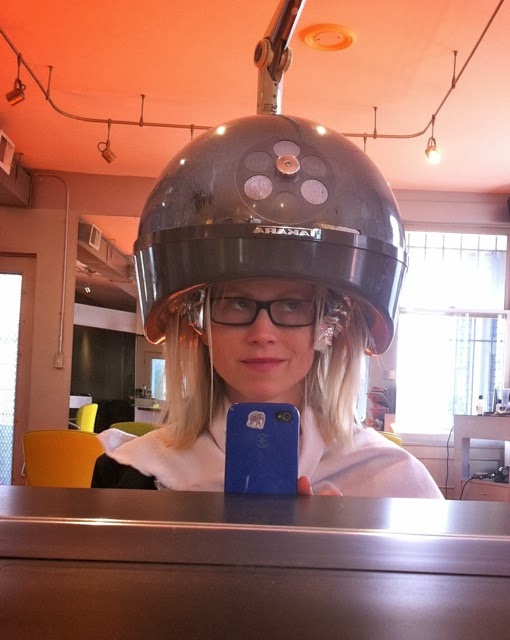 Yesterday, as I was waiting for my hair to turn blonde, I posted this photo as part of my strategy to keep myself fairly constantly amused.

(And no, I've never seen Total Recall, in case you are wondering. Apparently there's something about three boobs? And Quaid?)

Next, while sitting there cooking, I did the thing that makes me kind of hate myself, and yet I know I'll do it again next time. I flipped through issues of Us Magazine and People.

I know these are minutes of my life I will never get back, and in actual fact, I think Kris Jenner is a disgusting human being, but what bothers me more is that I have an opinion on her at all.

So there I was, flipping through magazines, and I saw this recommendation to jazz up one's workout! A colorful reversible bra! Cute! 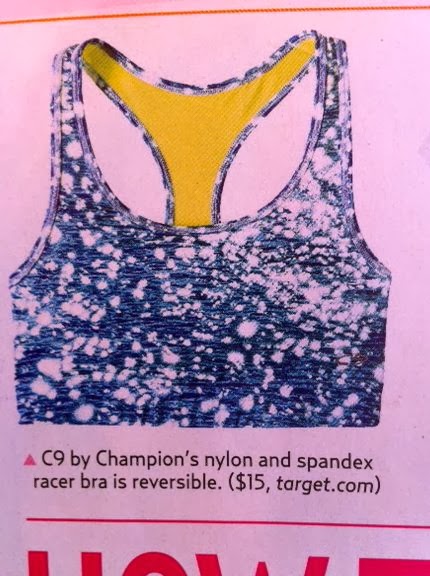 Reversible! I immediately thought, "But look how skinny it is in the back. If you turned it around, then your boobies would poke out the sides and jiggle and that would be so uncomfortable."

Last weekend I took Jordan and met up with friends at kiddie happy hour.

Now, when you walk in to this establishment, which is called Grand Central (and has taken up the kiddie happy hour charge now that sadly, the Reef is no longer), the wall leading up to the bar is floor-to-ceiling mirrors. Which to Jordan, I learned, looked like another room.

So as I was putting our coats down he was busy gearing up his fire truck in order to drive it as fast as possible, head first...straight into the mirror.

I'm sorry to admit that I burst out laughing, while all other parents, at the giant crash, turned and emitted a collective, "Ohhhhhh!"

He was fine, after massive amounts of comforting, if a wee bit fragile for the rest of the evening. "Why I did that, Mama? Why I did that?"

So dinner.  My friend suggested ordering two plates of food for our kids to share.  We got cheese quesadillas and chicken tenders, both of which both of our progeny have been known to like.

We set these plates of yummy yummy food in front of our progeny, exclaiming over the yummy deliciousness of them, proclaiming our delight.

Jordan eyed the plates suspiciously. He pointed to the quesadilla. "What's that?"

"A quesadilla! Mmmm! A quesadilla!" (I didn't mention cheese, because in theory he hates cheese, although in reality he likes grilled cheese and he likes mac and cheese.)

So I immediately reached into my bag of never-fail scatology.

The LOOK. The look of horror on his face. "I would not eat a fartsadilla! NO FARTSADILLA!"

Uh, can't blame you there, my friend.
Posted by Lemon Gloria on Thursday, January 09, 2014

Email ThisBlogThis!Share to TwitterShare to FacebookShare to Pinterest
Labels: blonde moments (for lack of a better term), there's something wrong with us