India, you're my love song 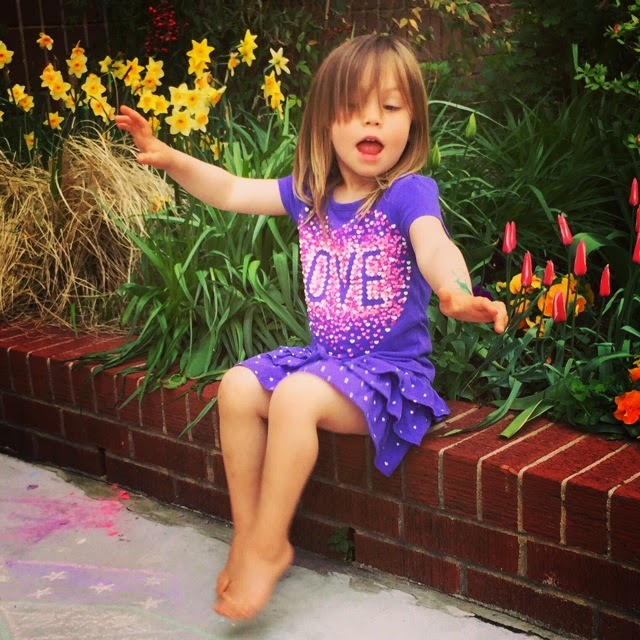 Today you are three! Happy birthday, my love!

We had your birthday party yesterday, and you wore your new "Queen of Elsa" dress, and there was just so much joy. 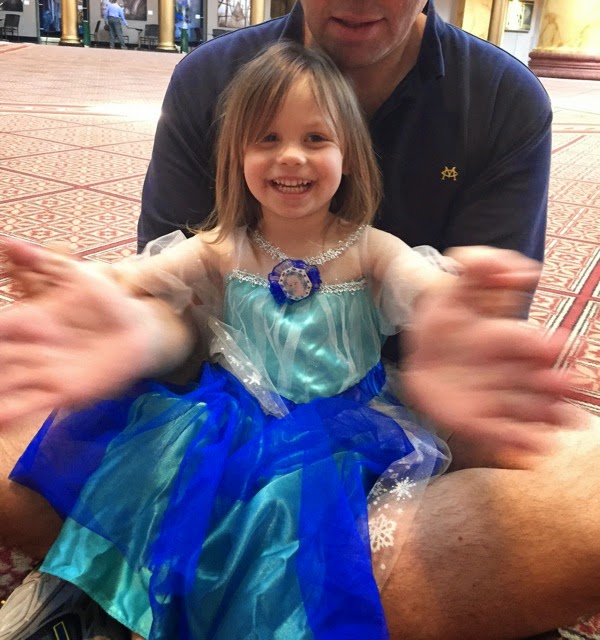 Yesterday evening you were wearing your "two" shirt and eating a hot dog, and air was warm and the  light lovely and it struck me that you would never be two again. I was suddenly and profoundly sad. 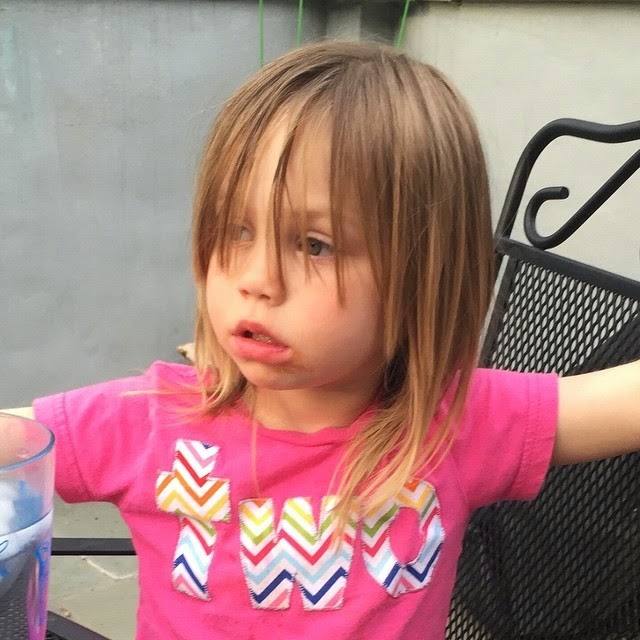 Yesterday you were two, and now you are three. It's not like there's any real difference, one day to the next, but you put enough days together...

I wouldn't keep you two forever, although I myself would be overjoyed to stop aging. But it was such a stark reminder of the inexorable forward motion of time. So often I am too caught up in the day-to-day to notice, and then suddenly I'm all, mais où sont les neiges d'antan!

Today in the sandbox you announced to a stranger who was watching his child that now you are three. And you held up three fingers.

A mom sitting near me said, "Oh! My son just turned three as well! You're both three!"

And you looked at the boy and looked back at her and very casually said, "Is he a tiny three? I'm a big three."

You are so bold. I hope as you age you learn to filter but never lose your boldness. You believe that the world is an open place, and you charge without hesitation into its embrace.

I fervently hope that you keep this strong sense of self.

You still love talking about your gagina, although you do know that the outside is called your vulva, and you say so solemnly. For the time being you've stopped bellowing about it in public, and I do appreciate this.

Oh, you love to cuddle! And if I'm facing the other direction when you crawl in my bed, I'll be given a directive. "Cuddle!" You like to take off all your clothes and then say, "I'm coldy! Pick me up!" And you hold so tight around my neck. Sometimes this is charming and sometimes incredibly inconvenient. Or both.

You generally have nice manners and have started thanking us effusively for meals, clothing, taking you to the park. It's just so sweet.

And even when you are angry, if you're offered something you will clench your teeth and growl, "NO THANK YOU, NANA!"

In stark contrast to your brother, you love brushing your teeth, and you've started asking to floss. This, while I'm still pretty much prying Jordan's mouth open to shove the toothbrush in.

This is not to say that you're never a wretched little beast, because you sometimes are.

Not to dwell on your beastliness, but bedtime often leaves me feeling hostile and battered. But then the nights you are sweet are just so delightful, and I push my nose into your hair and nuzzle the back of your neck and wish those times would stretch forever.

You know how to traumatize your brother, who is not as emotionally sophisticated as you. He's a lot kinder to you than you are to him.

The other day he came to me sobbing and when I asked what was wrong he wailed, "I told India that she's not the boss of me! And she said she is! She said she's in charge!"

Although now that you're three, you might soon be.