The reason I almost removed my pants walking home last night plus photos that go with prior posts and no, there isn't a no pants photo

I always aim to post more photos or drawings because they spruce things up but most of the time it just doesn't happen. Even though I love it when other people add pictures to their posts.

And sometimes I feel like one needs evidence. Last night I walked home past the pee bottle and decided that I'd walk by again this morning, and if it was still sitting outside the wrought-iron fence of the nice building, I'd call 311 and see if pee removal was under the purview of DC government. 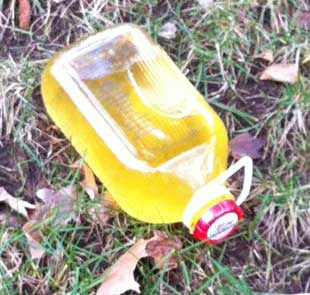 However. When I walked by this morning, the pee bottle was in the yard. Meaning, well, two things. One, that someone picked it up and chucked it over the fence. Ew. And two, it's now clearly the lawn-owner's problem, and not DC's. Right?

Also. I'm still bummed about my glove. See how cute? 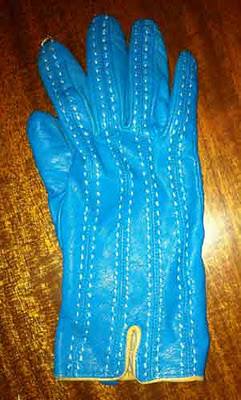 And finally, these are some of the animals Jordan has a creche on. If you come over, you are likely to wind up with at least one or two in your pocket or your shoe. 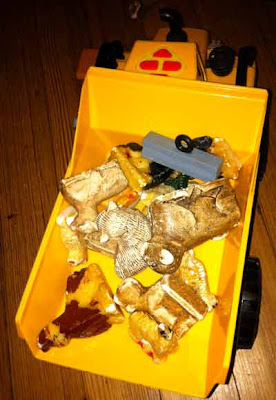 Also, I damn near pulled off my pants on my walk home last night, and only modesty/fear of being arrested/bigger fear of people pointing and laughing kept me from doing so. Because my maternity coat only comes down past my bum.

I don't know if all the laundry detergent didn't wash out, or what the deal was, but they were so burny! It was kind of like the insides were covered with shards of glass that were making itty bitty cuts with every step.

Which made me think back to my tobacco dipping days and how apparently they put fiberglass into dip to cut your gums so the nicotine gets in there nice and fast. Which is why it's such a quick little buzz.

Those days are long past, though. And there weren't that many of them. Fun, though.

But last night with my fiberglass pants I was seriously fantasizing about the chilly air on my thighs and it took every ounce of my willpower not to just pull them right off and pretend I had on the whitest tights one could imagine and that I thought they were pants.

As soon as I got in the door I stepped out of them and dabbed my legs with water. I couldn't bear to put on more pants, and all evening Jordan kept saying, "Mama, you have no pants!"

That's right, honey. And when you grow up, you can have no pants whenever you want. And eat cake for breakfast every day if you so choose.

Then Nick came home and said, "You have no pants!" I briefly considered feigning surprise but was too tired.

I'm not sure what the deal was there. I started getting hurty little red bumps but they didn't get any worse. Today my skin is a little aggravated, but not terribly. And if it were laundry detergent, wouldn't you think my shirt would be bugging me as well? It's not like your legs are the tenderest parts of your body.

Email ThisBlogThis!Share to TwitterShare to FacebookShare to Pinterest
Labels: clothing and shoes, daily orts, life in DC, the pregnant