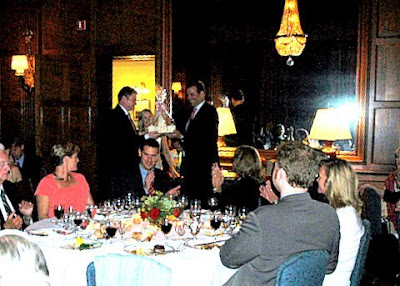 I know this picture is from a distance, but hopefully you can make out the white chocolate replica of the Capitol building that Nick is handing to his friend.

On a side bar, I'm just going to begin at the beginning. I was thinking about beginning with the trip and working back, but didn't want to be hampered by the effect of living backwards.

Plus, the wedding weekend was honest-to-God the funnest weekend of my entire life. I've been aching to relive it.

I'm sure everyone feels this way, but I just had the best time. Our friends are so hilarious, and interesting, and entertaining. With this group, your face hurts after a couple hours, you laugh so much.

So, the chocolate Capitol was our prize for the people who traveled the furthest. We giggled every time we thought about it. We couldn't wait to give this prize.

They said they got it all the way back to Warsaw intact, which really is quite impressive.

We got all our prizes at Costco,and they were all some kind of candy. The one in the following picture is a chocolate Pentagon. Costco turns out to have all these fantastic molded chocolates. We're going to make sure to go around President's Day so we can get busts of George Washington and Abe Lincoln.

So, we gave this dark chocolate Pentagon out for "most unusual profession" - which went to Nick's friend who is an opera singer. He has an extraordinary voice - really deep - and sang a couple songs with the band at our wedding. Amazing. 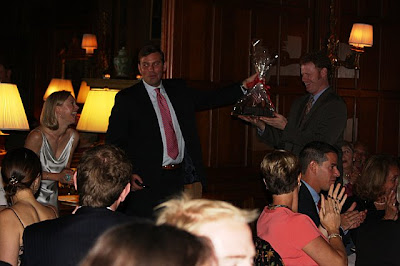 We gave out two prizes for the people with the same wedding anniversary. Maude and Dan, and Jordan and his wife (who couldn't come, and so he brought his incredibly beautiful, poised, amazing oldest daughter, who is just such an utter delight). 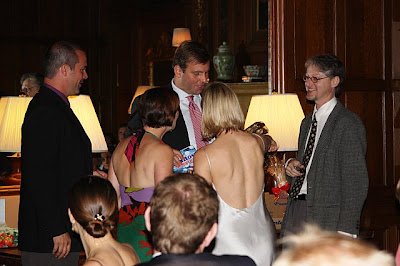 We gave a prize for the couple who had been married the longest - which turned out to be our old family friend (and Internet minister) and his wife - 52 years!

He also won the prize for "most recently ordained Internet minister" - but only by a couple months. It turns out Maude's dad had become one to officiate at a wedding a couple months prior.

We also gave our fabulous friend Jen the "most likely to have a cocktail named after her" prize. The prize was a huge box of five million packs of gum. I don't have a picture of her graciously accepting.

And last, but hardly least, we gave a "most toes" prize. This was Nick's idea. Most toes. No explanation. During our Costco foray we happened across a ginormous box of fruit roll-ups called "Fruit by the Foot" and we had our prize. 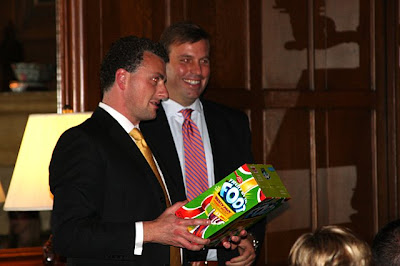 He didn't know it was coming, and we don't know how many times he had to explain that he really only has ten toes. And no, he never had surgery. Born with ten. Really.