She doesn't get eaten by the eels at this time.

I don't know what the descent into depression is like for other people.

I've talked about it like falling into a hole, but lately, I realized that it's not like that for me. I think it would be easier if it were. Like, one day you'd be walking along singing what you think is an upbeat tune that actually turns out to be about a dark teenage mind contemplating a Columbine-like killing spree. 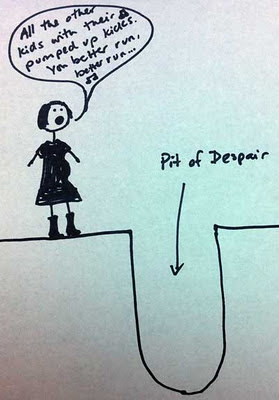 And then suddenly, you'd find yourself in the bottom of a hole. 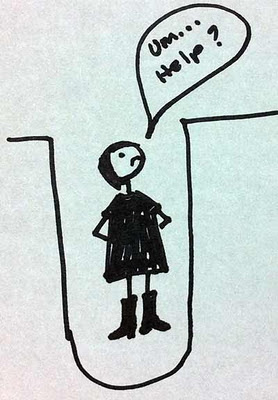 The contrast would be so stark, you'd realize immediately, I think.

For me, however, it's more like stepping off the sandy shore and slowly walking further and further into the ocean. The change is incremental. Once the initial shock of getting your feet wet wears off, the downward slope is gradual enough that you don't really realize what's going on. 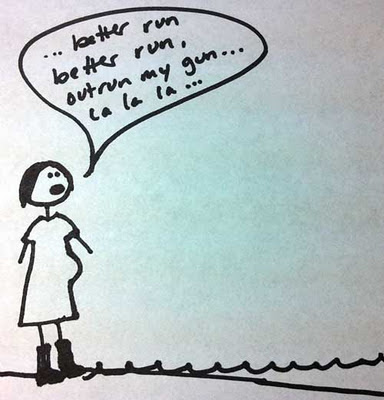 With each step, your footing gets less secure, as the ground shifts beneath your feet. You reflexively readjust. 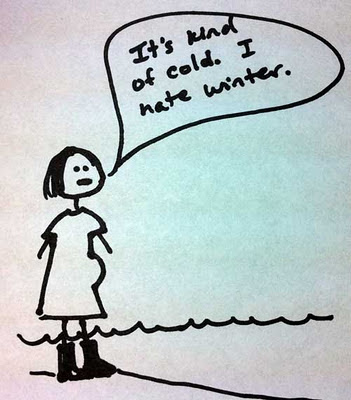 As you get further in, the vicissitudes of currents beyond your control pull at you. And you resist, without consciously doing so. As they get stronger and stronger, it takes more work.

You get a little colder, a little less secure, with each passing day and each step forward and downward. And somehow, somehow still you do not recognize that you have been here before.

You just know that you hate your life and everyone in it. How come people suck so badly? 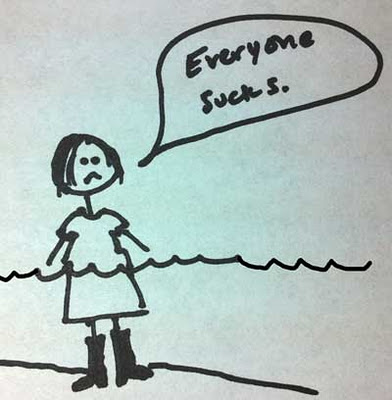 How come you suck so badly? 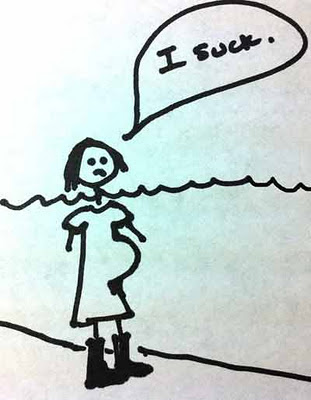 At some point, though, you're in deep enough that you're not only over your head, but you've lost your footing entirely. It's so dark, and so cold, and so very scary.

This is the point at which, finally, finally, you realize that unless you get some help, you are fucked. 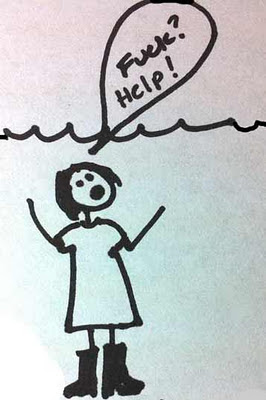 You push for the surface, and you reach for the strongest hands around. You gasp and you sob, and you choke out, "I'm in a very bad place."

And while they cannot fix you, they can pull you into their laps, and put their arms around you, and say, "We know, and we're here for you."

With the support of those hands, that warm towel of reassurance wrapped around you, you have the impetus and strength to seek out the help you need.

Having hit that point last week, I'm back on the shore. I fully expect to resume singing about pumped up kicks any day now.
Posted by Lemon Gloria on Tuesday, December 06, 2011