Nature or nurture? As if it's a choice.

"Straight," I announced this morning, "I have learned that straight is not a choice."

Which led Nick to ask if I'd experimented in college. To which I can only say that much like my wishing that I'd slept with more people in my 20s, I sure should have.

But really, the issue at hand is wedding hair. And yesterday's experimentation. 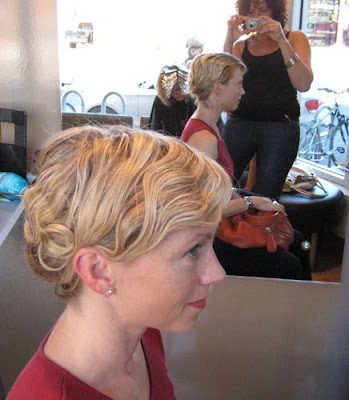 I'm not exactly sure what I think. I quite like the back - I think it's cool. And I like that it's retro. 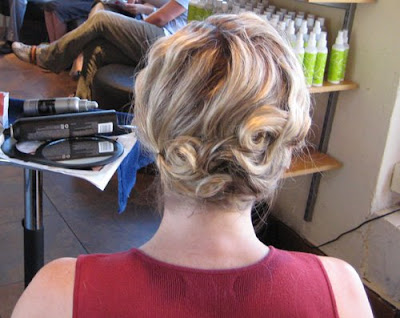 But the front, I don't like very much. Although I think it's because she really struggled with it, and just had to use so much product. So much that it lost all it's shine. And got kind of, well, crunchy. 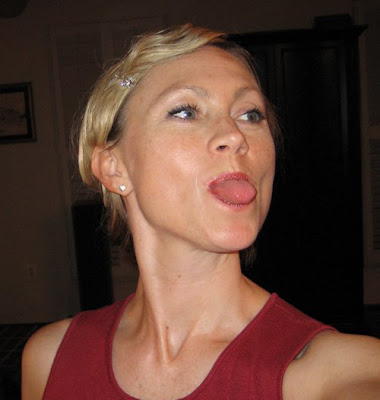 It turns out my very straight hair does not want to curl. She sprayed it, she curled it with a curling iron and pinned it into curls, then sprayed them again, then put me under the dryer. And when she pulled the pins out? Stick straight.

And so she curled it with a curling iron. And put more stuff on it. And still the front did not want to cooperate. She's going to try something else later this week.

Back at the office, Tej, and Jenny, and a few other people weighed in. They mostly liked it, except for the front.

Nick, when I saw him in the evening, very diplomatically said it's the least favorite hairstyle he's ever seen on me. What his face said was: I hate it.

Nick likes my hair straight, and my hair likes to be straight, and I am wondering if fighting nature is just an exercise in futility?

I'm in a quandary. A need-to-be-decided-quickly quandary.
Posted by Lemon Gloria on Wednesday, September 03, 2008