Now that you're able to unclench your tiny little fists 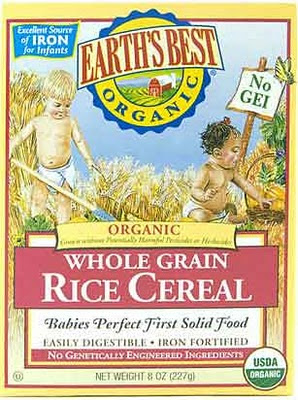 So the other day, Nick and I were folding laundry.

Scads and scads of laundry.

It's a little bit like Goldilocks, our laundry. Because folding Nick's shirts is pretty much like folding sheets. And then mine are kind of medium size. And Jordan's are itty bitty.

Anyway, there we were, folding and folding.

Nick said it had occurred to him, just briefly, that we do so much for Jordan - I mean, look at all this laundry! And when is he going to start pulling some of his own weight?

And then he remembered that he's only 150-something days old.

But you know, I bought this baby rice cereal in anticipation of six months! And solid food!

Nick looked at the box and was all, "What kind of message are they sending? Once your kid is old enough to eat rice cereal, you can put them to work in the fields?"

I was more wondering where their mothers are. And where are their clothes?

And then I realized that they were probably doing their own laundry. Their clothes are probably drying while they tend the crops.
Posted by Lemon Gloria on Tuesday, January 26, 2010