A couple weekends ago, Nick painted our front door. He did a great job. 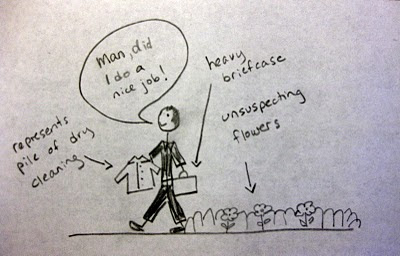 And on Monday morning, as he was leaving, wearing a nice suit and carrying his heavy, computer-laden briefcase, plus an armload of dry cleaning, he turned around for one last admiring look.

He was backing up as he said this to himself.

And let me just remind you of how large a person we're talking about. Big, tall man. Big feet. Big clothes.

Just so you have a clearer picture in your head.

He turned just in time to catch the toe of his enormous shoe on this very sneaky short fence around a patch of grass and flowers. 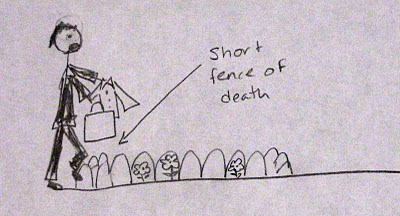 And so he windmilled his way through the flowerbed, flailing his arms, throwing his dry cleaning in the air. But keeping a firm hold on his computer as it swung round and round. 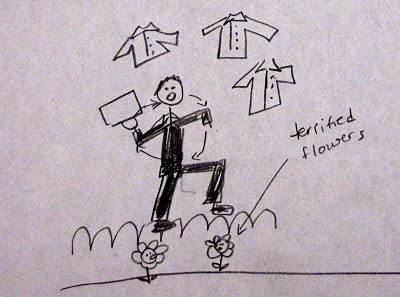 He tippy trompy tromped his way across the flowers, and stumbled out the other side, tripping over the fence on his way out.

He turned, gathered his shirts up with as much dignity as he could muster, and righted himself. And then noticed a neighbor giggling down into the flowers. 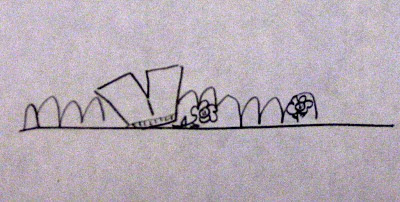 At least the boxers didn't make it all the way to the cleaners.

The two guys jogging past apologized for laughing. As did the neighbor.
Posted by Lemon Gloria on Tuesday, March 16, 2010