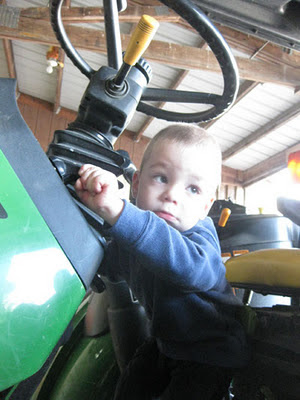 So now you are two years and two months old.

It's always bugged me when people talk about their child's age in months when they're past two. Although really, the leap between two and three is huge, and two doesn't accurately cover it.

So now, whenever people ask me how old you are, I say, "He turned two in August."

Yesterday, when you and your dad were talking about there being two of something, and he said, "two," you replied, "two in August!" 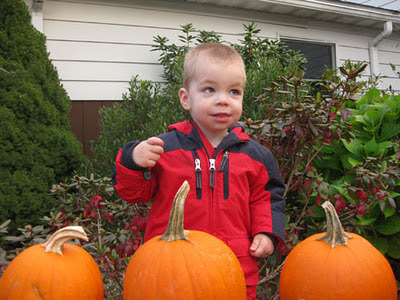 It turns out you truly are listening.

In fact, we learned this on a recent car trip. Your dad made a wrong turn, and said, "Fuck!"

And from the back seat we heard a little, "Fuck! Dammit!"

He and I both blanched. Yikes. We need to be a lot more careful.

In fact, we passed the Friendly's on the highway where we stopped last year and had the terrible Jesusfuck incident. Hopefully that family has long forgotten it. I, on the other hand, will never eat at Friendly's again.

Two weeks ago, we drove to upstate New York to visit your friend David's family. You two hadn't seen each other in almost a quarter of your young lives, and yet you walked over to him, pointed to his jammies, and said, "You have fire trucks on your shirt!"

And then the two of you turned to his toys. It was like no time at all had passed. You guys had the best time together.

I love our city life, but seeing you run and run - safely, I might add - on the grass up there made me feel bad for you that we don't live out in the country. Of course, if we did, I'd probably just sit home and drink a lot, which would be fairly unhelpful, so I suppose it all evens out.

Halloween is coming up, and I bought you the cutest little dragon costume at Old Navy. We put it on you and you had a fit. "OFFFF! TAKE IT OFFFFF!"

So I returned it. Last year you were the angriest little frog, but you had significantly less muscle control. This year, you're old enough and strong enough to rip off your clothes when you choose.

Plus, I figure you don't actually know what Halloween is, and you don't particularly need the extra sugar. When you figure out it's all about candy, boy howdy do I bet you are you going to be more open-minded about the costumes.

Your fascination with all things backhoe, front-loader, skid steer loader, and general digging machine continues unabated. You now have very strong preferences for clothing, and if it doesn't have some kind of vehicle on it, you are not interested.

I might start a line of vehicle-focused kid's clothing, because I do think there's a lack of cute clothing with cars and trucks that don't also say stupid shit like, "Mommy's little dirt monster!"

Another good month, all around. Except for you getting really sick and then Nana getting your cold and having to spend a couple days in the hospital. But now you have Nana living with us full-time, and that makes you really happy.

I myself have been fairly tired and crabby and haven't had as much patience for you as I would like. You're still my joy, my best thing ever. Let's just cut it out with the fuck dammits, OK? And maybe eat a few more vegetables, even though I'm not currently doing so?