Pinkstravaganza! Or, a girl after my own heart 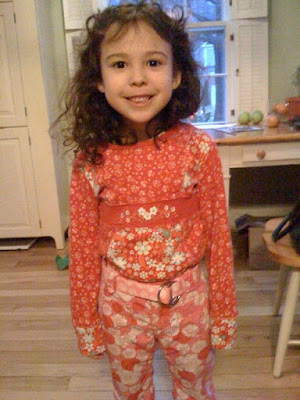 My friend Marta - of the lesbian shoes, among other things - will occasionally accuse me of having influenced her daughter in utero.

Although I would like to take a moment here to say that I do have some practical shoes. In fact, we have the same pair of Dansko clogs. For some reason, though, mine are taken less seriously. Hers are lesbian shoes, while mine are "Lisa's bi-curious footwear."

We met while she was pregnant, and we worked for a terrible, vile, horrendous, make-Canada-smaller, harpy. You know how fast friendship bonds are formed in wartime? It was like that. The misery of working there drove us to consume many, many pounds of M&Ms.

So when Marta's daughter was born, there was no indication that she'd be any different from her mother. But as she aged, she showed a distinct preference for all things sparkly. And shiny. And high-heeled. And pink.

Marta blames me. And the M&Ms.

Whenever Marta wears anything remotely resembling heels, her daughter just gets all breathlessly happy. Marta is certain that, left to her own devices, she'd spend a week in my shoe closet. She wouldn't even need a babysitter.

What I am getting to here, though is this. I got a very preppy belt for Christmas from Nick's sister. It's pink with shells on it. It is nice, but the kind of thing I would never, ever wear.

And the only person in the world I know who loves pink more than I do is Marta's daughter. She put it on immediately. She loved it.

And the next day she arrived at the breakfast table dressed for school in an outfit she felt would best feature The New Belt. According to Marta, it wasn't worth an argument. She went to school in the clothing featured above.

I laughed so hard when I saw that picture. And then, then I thought back to a variety of things I've put together.

We're not so different, she and I. 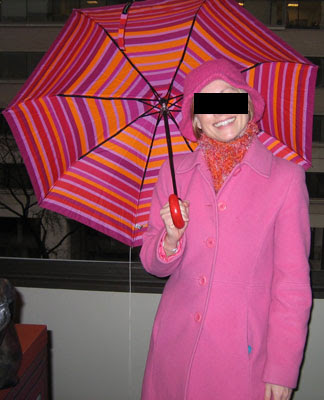