The battle of the beard. Or, Chedo redux.

I am not entirely sure why he's posing like this. Really, I just wanted to document the beard. 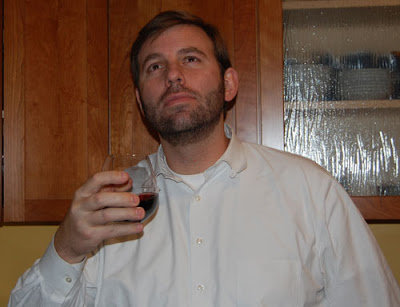 The beard, it kind of snuck up on me. I think it makes Nick look like a big scary man who sleeps under a bridge. 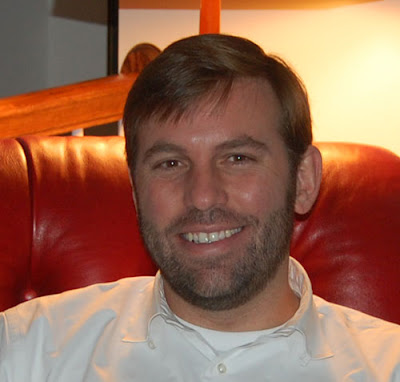 Don't be deceived by the disarming smile.

I've taken to calling him Chedo.

I married a clean-shaven man. It is a look I love. I think this is why I wound up on so many dates with uptight conservative men and Republicans in general.

Because although I wanted someone with a liberal outlook, I like the freshly scrubbed, unimaginative, khakis and button down or super conservative suit and tie, I-live-in-Virginia-and-vote-Red-look. I love men who have to wear suits to work.

And then, then I met Nick, who looks all conservative (with maybe one grand and glittery exception) on the outside but is extremely liberal.

Nick often doesn't shave on weekends, but by Monday morning he's all shiny and bald-faced again. But there was that long weekend where we had MLK Day off, and then the inauguration. Nick worked both days, but from home. I was in the city with friends Monday and Tuesday, so by the time I saw him Tuesday night, he had all this beard business going on.

It's now been close to two weeks. He's really enjoying it. And he wants me to like it.

He comes home and says things like, "I ran into someone else in my building who thinks I look really distinguished."

And you know, sometimes I try to be manipulative, but I never pull it off. I'm too transparent. We were driving in to work, stopped at a light, and Nick caught me examining his beard critically.

"You know, I bet if Chedo Lino's wife really wanted him to shave his beard, he would."

"Lisa. Chedo Lino is not only not an actual person, but he's not even correct song lyrics."