So, prior to this baby experiment, people used to show me their sonogram pics and be all, "Here's her face!" and I would have no idea what they were talking about and just feign understanding.

But once you've lived through it and seen it in action, you totally get it.

And my god, when he started sucking his thumb, and actually looked like a little human being doing real stuff, I started to cry. It blew me away.

We got to see a few moments of 4D, which was really cool. Otherwise, when he's facing you, it really does look like skeletor face.

They still aren't the clearest, and Nick is better at spotting stuff on the screen than I am. So when they said, "And there's the penis," I was still trying to see what they had told me was his leg. So Nick was the one who saw it.

He was all proud.

I've subsequently been told all fathers say this about their in-utero sons' pee-pees.

In any case, he has a penis, which is a relief, since his little chromosomes say he's a boy. And at least on one hand he has four fingers and a thumb, and on one foot he clearly has five toes. Yay!

I mean, missing a toe or finger here or there wouldn't be such a big deal. We were more relieved when they pointed out the brain and heart chambers and other organs.

And how crazy is it that they can actually see all this stuff? 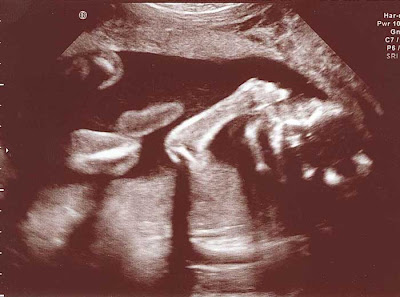 Feeties! And he definitely does not have mine, because I have a big gap between my big toe and the next one. I assume from this picture that he'll have the sort of big solid clompy feet that seem to run on Nick's side. There are worse things. . . 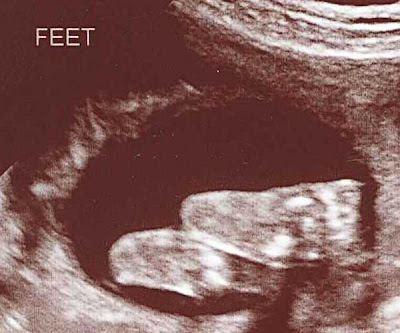 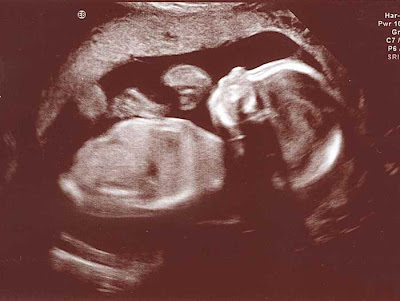 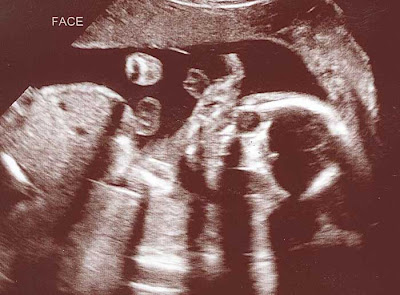 I know that last one is just creepy. So of course I had to include it.
Posted by Lemon Gloria on Monday, April 06, 2009

Email ThisBlogThis!Share to TwitterShare to FacebookShare to Pinterest
Labels: the boy, the pregnant