You got your momma's taste but you got my mouth 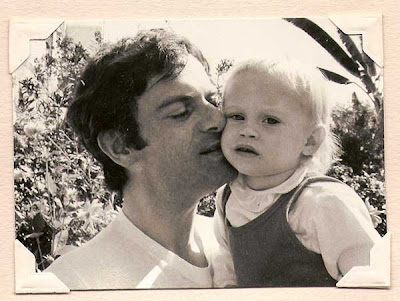 I moved back to this area from California ten years ago this fall.

I got to town with no job, and moved in with my parents while I looked. And then I found a job, which turned out to be an easy commute from their house.

Ultimately, I lived with my parents for a couple years.

Truthfully, I'd have kept living with them until I got married, if we lived somewhere that that was socially acceptable. And I wouldn't have been able to afford to buy a condo if I hadn't lived at home and saved money.

But really, I enjoyed their company. It was nice to see them all the time. And, quite frankly, I worried about my dad. I wanted to be there in case.

I did, however, have to constantly defend it when I met new people. Because people think you are weird if you live with your parents as an adult.

And I am weird, it's true, but that was the least of it.

Eventually I bought a place in DC, and moved out, and still saw them on weekends. The distance was good; the nearness was also good.

I'd still sleep over sometimes, like on nights when Betty and I stayed up till 4 am watching episode after episode of the Sopranos. Or Six Feet Under. Or playing double solitaire.

Really, I just plain liked hanging out with them.

I wasn't embarrassed about it. I grew up with us moving and moving, with my family as the only constant in my life. Apparently because of this, Foreign Service families tend to be extremely close.

However, about the same time, the son of old family friends moved back in with his parents to save money while in grad school.

I think that maybe being a guy, it was harder for him to explain.

Because when asked, he would tell people that he was temporarily living with a middle-aged couple in Bethesda.
Posted by Lemon Gloria on Monday, February 01, 2010