LA is magic but bring your own books 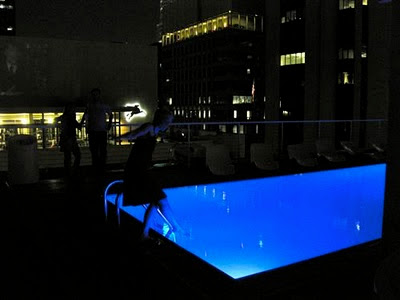 So you remember pre-digital cameras, and actually having to get film developed?

And sometimes you'd get a roll back to find that your friends had taken your camera into the bathroom and snapped pictures of their butts and their boobs?

Or maybe this is just my friends. Ahem, Maude and Jane.

This was one of those pictures where Jane decided that no flash would be better and somehow was able to hold perfectly still, which I am never able to manage. When I downloaded it I was all, "Ohhh! Magic!" Because I always wish for unicorns. But I forget all about pegasuses. Pegasi?

But let me also tell you that if you think you are going to just walk into a bookstore in downtown LA and purchase the second book of the Hunger Games trilogy, you are sadly mistaken.

Actually, let me take a step back. I printed out the list of all of your wonderful suggestions - for which I don't believe I thanked you - so, THANK YOU!

Several of you suggested Hunger Games, and the title and description kind of sucked me in, so I bought it for the plane. I really wanted to get the Graveyard Book, but it was hardback. Alas. As were several other of your suggestions that intrigued me.

So I bought Hunger Games, and it was EXACTLY what I was looking for in airplane reading. Except that it made me cry a little here and there.

So then I immediately wanted to read Catching Fire, the next one. One afternoon, Steve, my conference husband, and I went looking for a bookstore.

We walked over to a mall that Google said had a Borders. It was closed.

Steve asked someone in Radio Shack where to buy books, and they said, "Uh. The library?"

We went to the LA Visitors Bureau, which was nearby. We asked if there were any bookstores downtown. They said, "There was one, but it closed. You can take a bus to one, though. It's a nice ride."

You guys. There are no bookstores in downtown LA! And nobody seems concerned!

Either: Everyone reads books on their Kindles. OR: Nobody reads.

The airport had a bookstore, but alas, no Catching Fire. Also, no David Sedaris. Not that I could find, anyway.

What I did wind up reading was Her Perfect Symmetry, by Audrey Niffeneger.

This also made me cry. But man, was it amazing.
Posted by Lemon Gloria on Monday, August 30, 2010