And if it isn't a name, it should be. 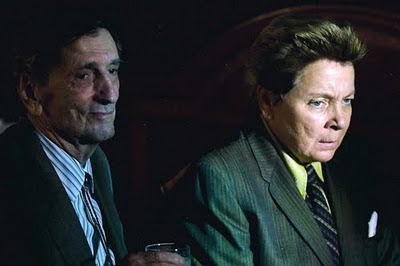 (Photo credit: www.sandy-martin.com)
Of course I think of myself as a thinker. But then I realized that we probably all do, no? Who is ever all, oh, I just don't like to think too hard?

This is something that made me stop and question myself, because I really was all, do I just not think enough?

It's true that if you tell me something with enough conviction I'll believe you. Like the fact that clothing clogs hot tub filters. Yes, I know, I know. Now.

But it made me wonder if just go ahead and believe things however they're presented to me. Maybe I don't have a complicated enough mind?

Or, maybe, maybe it's that I'm so open minded, and have been exposed to so many cultures, that I don't question when something doesn't line up with my experience?

I don't know. But so look, here's the thing.

Do you watch Big Love?

If so, you know Hollis Green, the creepy prophet of the other polygamist group. If not, well, there are two big groups of polygamists that feature in the story, and creepy Roman Grant leads one of them and creepy Hollis leads the other.

Hollis, it turns out, has a solid first wife named Selma, pictured above, who typically dresses in suits and has a man's haircut pixie cut. Selma turns out to be Roman's sister.

In other words, she's a woman.

And then there was this one episode where it became clear that he was she because she was Roman's sister. Hollis's WIFE!

We were watching and I yelled, "Holy crap! Selmer isn't a man! She's a woman!"

This wasn't news to Nick. "Of course she's a woman."

"Her name is Selma. How many men do you know named Selma?"

"Her name's not Selma. It's Selmer! And now Selmer is a woman!"

"Is not. Have you ever met a Selmer?"

Email ThisBlogThis!Share to TwitterShare to FacebookShare to Pinterest
Labels: blonde moments (for lack of a better term), marriage