Chelada report and gifts from the rurals of Virginia

Consensus on Chelada: Better than expected. 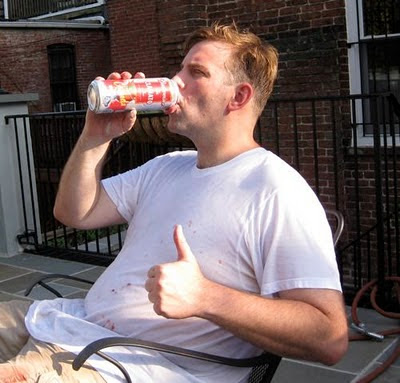 Yesterday Nick spent house and hours outside painting. And when he came in, thoroughly drenched in sweat, looking like he'd been in a wet T-shirt contest, he said, "I think it's Chelada time." 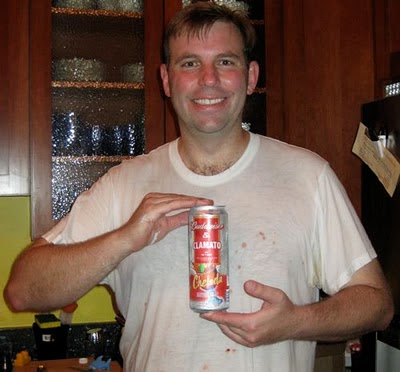 It was a spectacular day, so we headed out back, Cheladas in hand. And then took turns taking pictures of each other.

I know that this is more of a breakfast beer, and we had it in the afternoon, so maybe that colored our experience. Also, we weren't hung over or camping. All that said, I wouldn't go out of my way to have them again.

They weren't thick, which was my big fear - that thick tomato-y texture. And they didn't taste like clams. They were a slightly scary Kool-aid red.

They were just kind of spicy, and mildly beery.

Of significantly more interest to me was my new shirt. Nick brought it back for me from somewhereinruralvirginia. I don't want to make you jealous or anything, but I have two more: one with wolves, and one with unicorns. 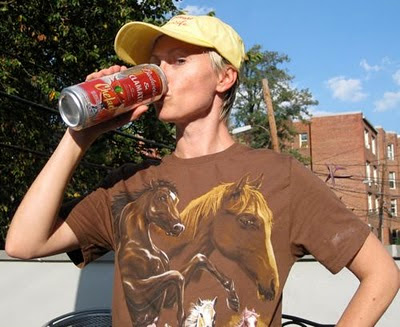 And this is my new hat. Same store. 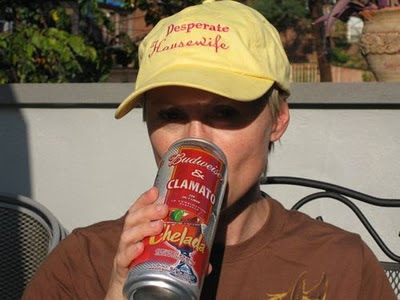 Email ThisBlogThis!Share to TwitterShare to FacebookShare to Pinterest
Labels: love and happiness, there's something wrong with us