City living can charm your pants off 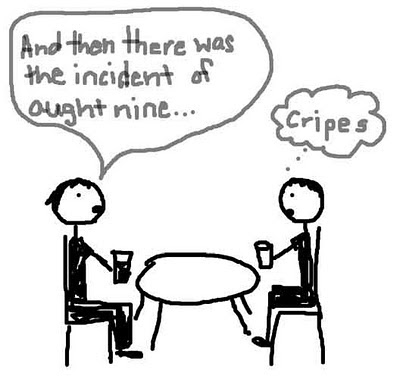 You know, it occurred to me that I've never told you about the poo in the alley.

It seems like the kind of thing I would tell you immediately, doesn't it?

So we have this narrow alley between the back of our house and the next one. It's where the garbage cans line up, and provides access to the back of each house.

The guy who is what I suppose you might call the caretaker of the apartments next door is this creepy little character who drags every imaginable piece of broken furniture and stuff possible back to his place. And it often winds up in the alley.

Nick's theory is that people know his propensity to collect trash, and so when they have something to get rid of, something that the garbage people won't take, they put it in our alley.

Which is how the seatless chair ended up back there.

Perhaps you know where this is going.

Now, I don't know if any of you would ever see a seatless chair sitting out in the open and think, "Toilet!"

However. It clearly occurred to someone, because Nick took the garbage out one morning and there it was.

We now have tenants in the basement. They moved in just before the poo incident.

I'm not in any way suggesting these events are related. Just introducing these people to the story.

So the very next day the boyfriend in the basement emailed Nick and asked about the protocol for garbage and recycling.

(And does "boyfriend in the basement" make you hum Girlfriend in a Coma? Or is it just me?)

Nick replied with an explanation of the green and blue bins and the garbage days and then added something along the lines of, "You may have seen me hosing out the alley this morning. Let me explain..."

He went on to tell him about the poo, except he used the word defecate. And how this happens every so often. And how, if he'd like to know more, he should come up for a drink that evening.

Nick copied me on this email.

And I was all, "Come up for a drink so I can tell you more about the defecation situation? What kind of social offer is that? He's going to forward the email to his girlfriend, who is going to say, 'Don't go upstairs.'"

And then I also thought, "Fuck. They've lived here like 10 days. And now they're going to think that we attract defecators! And that we like to talk about it!"

And then I realize that really, on that last point, they would be right.
Posted by Lemon Gloria on Tuesday, September 07, 2010

Email ThisBlogThis!Share to TwitterShare to FacebookShare to Pinterest
Labels: oh poo, there's something wrong with us