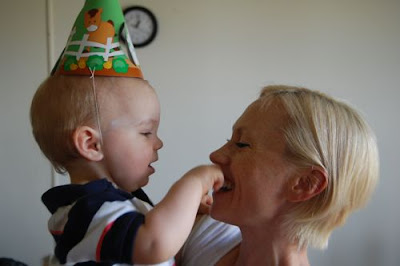 One way or another I am done with this hair.

Although I don't know why I said "one way or another" since we all know I'm headed to a professional to cut it. I used to chop and color my own with no compunctions, and the result was never good.

Also, remind me sometime to tell you of the time my dad dyed my hair in the garage. Also not good.

I googled "celebrity pixie cut" yesterday and found a bunch of examples - Victoria Beckham, Halle Berry, Natalie Portman - that I like. Shorty short.

Nick is not particularly excited about the super short, but as far as I can tell, men rarely are. They like women with long hair. Fact.

Another fact: If I were single, I wouldn't have gone platinum and I wouldn't be chopping it short-short. Not in DC, anyway. Too judgey. I'd have kept the subtly highlighted blonde bob.

But back to the celebrity hair googling. Since one thing leads to another, I came across a picture of an Olsen twin, as an example of choppy hair or something of the sort.

I don't wish them ill, those Olsen twins, or even think about them much. But they creep me out, and I wouldn't be surprised to learn they're only temporarily on earth from another planet.

Maybe because of the deer-in-headlight eyes and the fact that they never seem to open their mouths. Or maybe I just have really good alien-dar. Not sure.

But I'm certain one of them is going to come to a bad end.

Aaaand I'd say that's about it for my celebrity predictions.

Fingers crossed on the hair. Fingers even more crossed that our friend J is willing to sit through an entire hair cut without having a boredom fit.

PS Also, since I'm a linguist nerd, I though, what if you take the commas out of the title? Or insert alternate punctuation?

You'd think I had too much time on my hands, which I assure you, I do not.

Poo, maybe, but time, not so much.

Email ThisBlogThis!Share to TwitterShare to FacebookShare to Pinterest
Labels: hair, the boy, there's something wrong with us