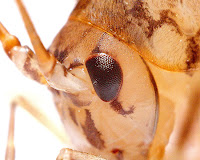 I don't know if this is TMI according to LiLu. But it is something I've kept secret for the better part of a year.

The following took place last spring. I kept this quiet because my boss was still my boss. She quit a couple months later.

It had nothing to do with bugs. Just so you know.

So I don't know if you have ever had a super control freak boss who gave you nitpicky ((nit? heh heh), seemingly unnecessary tasks and constantly made detailed lists of minute tasks - each with its own little deadlines? And then every week or so, for no actual reason ,readjusted them to move all deadlines up a day or two? Which made your job a constantly moving target? And just generally made you pure bitter crazy?

And the straightforward, this style of management just doesn't work for me, kinds of conversations were met with verbal aikido. Her way or nothing.

You liked her before she was your boss. And you like her now. But there are some people you just can't work for. And that span of time made you sheerly and utterly miserable.

And you know when someone you work for makes you dread, absolutely dread, going in to work? And makes you all clenchy and bitter while you're at work? Even though you work at a non-profit where no babies will die of one particular thing doesn't happen on time, much less three days earlier than its due date?

You get to a point where it's just not worth it. It's time to look for a new job.

But then, you might stop and think, I like it here. What can I do that doesn't entail quitting?

You might think about the fact that your boss, she is terrified of germs, and this manifests itself daily in the incessant hand-washing and the opening of doors with the special retractable hook ordered from the Internet (although that proved short-lived, as it was cumbersome).

You might think about that time you, Chuck, David were sharing a piece of cake. Off the same plate. And how this clearly made her throw up a little in her mouth.

Someone might even remind you of the time that she found a cockroach on her floor in the old office. And completely lost her shit.

This would all probably lead you to The Bug Plan.

The Bug Plan was as follows: Find dead bugs, bring them to work in a plastic bag, and place them strategically in her office. She would see them, lose it, and, at very least, demand to work from home for all eternity.

So. I shared the Bug Plan with Betty. She immediately headed for the dank little lawnmower cupboard where the creepy brown speckled spider crickets live. Turned out she'd effectively poisoned them a few weeks prior. Not a single dead one to be found.

I kept my eyes open as I walked around the next couple days. Although, truth be told, I was a little scared of the plan as well.

And then later that week, the last time that Chuck hung out with us at the downstairs bar, I told him about the plan. Chuck, even with oversight of HR, was all kinds of enthusiastic.

He rubbed his hands, cackled with glee. "Bugs! Awesome! I'll bring some from home!"

But I am getting off track.

What ultimately happened was this. I spent a number of days looking for bugs, thinking about how I'd sneak in and plant them, whether I'd be so obvious as to put one on the keyboard or just strew some about on the floor. . .

And then I stopped. Because seriously? I was going to collect bugs to strew about someone's office?

I felt like this is probably one of the lines between Not Crazy and Officially Crazy.

I decided at that point it was time to find a new job.

She, however, found the new job first. It had nothing to do with me. Or bugs.
Posted by Lemon Gloria on Thursday, December 11, 2008