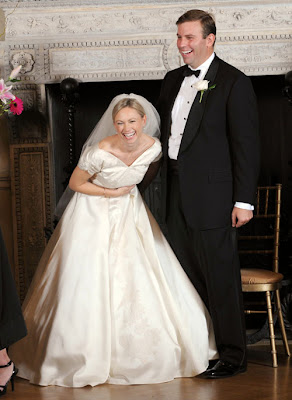 The other day Nick asked if we were making resolutions.

And I really wasn't going to. And then I thought, you know, you can always be a better person. You can resolve to be more patient, kinder, gentler. So I think those are my resolutions.

I sat down and thought about it, and I have got to say that this is the first year in a long, long time that I am ending on a truly grateful note.

I don't know that I was necessarily bitter before (although in some moments I was) but I can't say that I was grateful to the universe. The couple years prior to this one involved some pretty immense struggles, some really dark, pit of despair times.

And when things sucked, and I thought they couldn't get any suckier, I learned that sometimes, things actually can. I cried a lot. A lot lot lot.

So I didn't necessarily end the year all, yay!

By the end of last year, I'd fallen for Nick, but my intense Internet dating dating and more dating experiences leading up to him had taught me to be cautious, to expect the worst, to deflect, to dodge. And so this time last year, while I adored him, I was still being pretty careful.

Me? I was not getting hurt again.

And then somewhere in January the feeling settled that actually, he was right and honest and true, and that we were in fact going to be together always and forever, barring a weird blimp accident. Or a sudden and unexpected marriage proposal by Jon Stewart.

I'm kidding of course. Blimp accidents are so rare.

So in February he asked me to marry him, and I said yes, an in September I had the funnest, best day of my life. Not to make my life all about Nick, but this year certainly has been, and he has made it a really good one.

We have our ups and downs, and I know I can be immensely trying and make him want to scream, which he doesn't, and sometimes he frustrates me so much that I seriously want to pull his hair, hard, but I don't. But for the most part, things are easy and good - easier and better and more fun than I'd ever imagined life and love would be for me.

I hope things in your lives are good, and that for you this is one of those grateful years. And if it isn't - because sometimes, that just isn't how things go - I truly and honestly hope that 2009 is a great one.

Hugs to all and Happy New Year!
Posted by Lemon Gloria on Wednesday, December 31, 2008