This is a mosaic in the Hagia Sofia. It depicts the Empress Zoe, her husband Constantine IX, and Christ in the center. 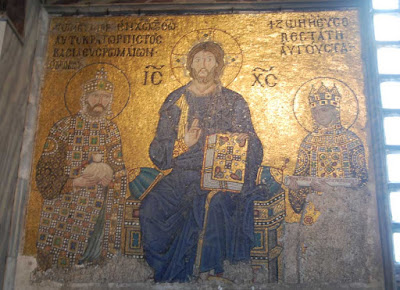 The Hagia Sofia was something I'd wanted to see since art history class in 11th grade. 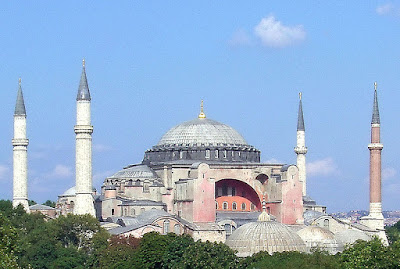 And it really is as amazing as you expect. It's got layers and layers of history (and art), having started out as a church, then becoming a mosque, and is now a museum. 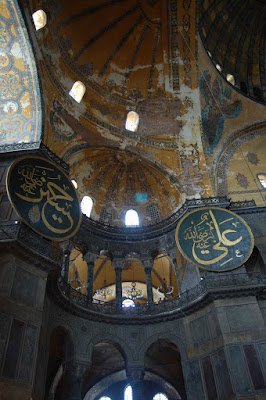 If you click on the photos you can get better detail. Particularly of the tiles below, which I found amazing. 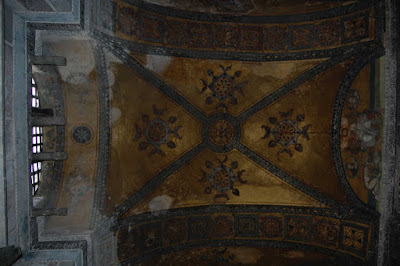 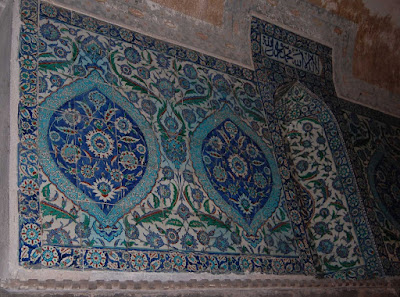 Zoe ruled the Byzantine Empire from 1028-1050. During this time it was the Eastern Roman Empire, with Constantinople (now Istanbul) as it's capital. And back then it was Christian.

I know very little about history, and my retention of dates and facts is abysmal. The things I remember are always either breathtakingly beautiful, or weird little facts that can't help but stick.

So Empress Zoe, she grabbed me for the following reason.

This mosaic apparently was created while she was with her first husband, Romanos III. Who she may or may not have murdered. Turns out he limited her spending and paid her very little attention. Which could be of interest to any married men who might be reading.

But in any case, when he died - and she married husband number two, Michael IV, the very same day - she had him erased from the mural.

Tile by lovely stone tile, ole dead Romanos was chipped out. And Michael was inserted at the right hand of Jesus.

Until he, too, passed away. At which point you know the tile people were all, "Oh, fuck, there goes another one." And he was deleted, and Constantine's likeness was inserted. I didn't ask if they just changed the face and kept the body.

Which would be a lot easier for the tile people.