You think it can't possible get any harder. And then you contemplate renting construction equipment for personal use. 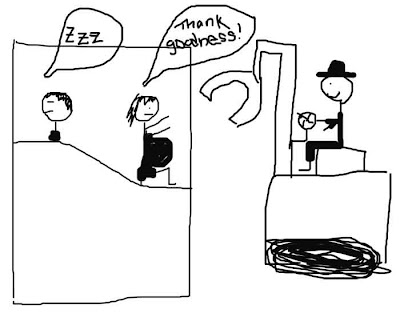 "The kid has got to come out."

I said this to Nick last night, as he was packing for yet another work trip.

I was struggling to rearrange my pillows and settle into bed, and I made this announcement. "End of the week is 37. He's almost cooked. I need him out."

He got that look on his face that you see on animals when you happen across them in the yard and the two of you notice each other at the same time.

You're all, "Oh, a bunny/deer! Eating Betty's lilies!"

And they're all, "Fuck! A human! But on the other hand, these Stargazers are so delicious. . ."

It's gotten harder and harder. By it I mean everything.

And then, at 3 am the night before, Nick had to help me get out of bed to pee.

I could not get to the edge of the bed. I couldn't sit up. I was stuck.

I struggled and struggled, and my side was cramping because I reallyreally had to pee. And that same cramp would keep me from moving very much, because it was so hurty.

So I'd thrash and grasp and it would clench and I'd be all "fuckfuckfuck." But very softly, so as not to wake Nick.

I weighed the inconvenience and embarrassment of wetting the bed versus trying waking Nick to tell ask him if he could haul me out of bed.

Which would be worse? Our mattress, very heavy. And we have no way to dry sheets.

On the other hand, I'm essentially admitting to needing a crane lift out of bed.

I tried, I really tried.

Somewhere in my process of shifting pillows and clutching for the headboard and trying to pull and snuffling and shuffling and gasping and cursing under my breath, Nick woke up, wondering what all the commotion was about.

And so he came over to my side of the bed, scooped one hand under my belly, pulled my shoulders with the other, and got me upright.

He called me later that day. "I think we've hit a new low."

The kid, he needs to come out.

Also, I know it looks like I'm being saved by an Amish man. And it's hard to tell what kind of outfit I might be wearing.

But you see, it started out looking like he and I were both naked, and though it's just stick figures, it just seemed very wrong. And then I thought he needed a hardhat to make it clear.