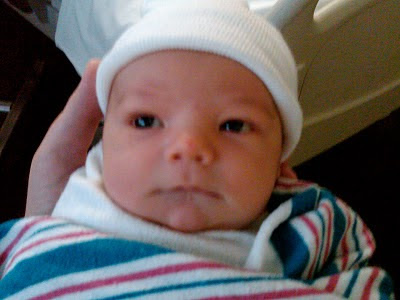 To say I hated 2009 would be unfair and untrue, because in August the best little human being in my entire life arrived. 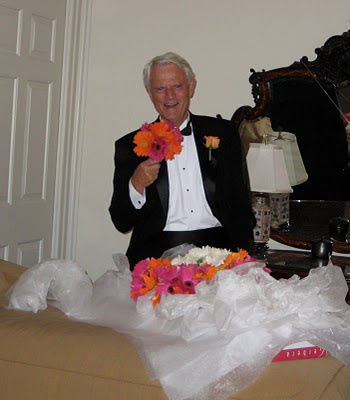 I am so damn glad to close the door on an exhausting, heartbreaking year.

This closing I envision as the pulling, the physical pulling, of a heavy old storage door. You reach up as high as you can, and you pull with all your strength. And secure it with a big metal padlock.

Most of you know it's the year that my dad quietly, deliberately, shuffled off this mortal coil.

I envision this closing as the firm shutting of one of those grand old dark wood palace doors, like the kind you find on maharajah's fortresses in India. Solid wood and metal. Beautifully ornamented with large brass studs so that elephants can't batter them down.

You imagine beauty behind them, but you can't see, for there are now windows. No getting around them. No getting through them. Not this time.

At the time, it was so hard being pregnant and dealing with all of it. I wanted to drink myself into a stupor. To dip into the Valium bowl to get some distance, some rest.

But Jordan's arrival so soon after saved us. I won't be so dramatic as to say he saved our lives...but something like that.

Chronologically, though, let me tip toe through my year, before shutting it firmly.

We found out I was pregnant last December, and January, February, and March were full of excitement, nausea, hysteria, fretting about not-dead-dwarf babies, fatness, selling Nick's place, and probably a number of other things.

In retrospect, in comparison, they seems so small and silly, you know?

I could say he was lucky that he didn't die - but he didn't feel that way.

I look back now and know that he was just waiting to have enough strength to leave. Why didn't I see it then? Why wasn't I more vigilant?

You know that expression "What doesn't kill you makes you stronger?" I hate that fucking expression.

Because it doesn't, not always. What almost kills you can make you shockingly feeble. Feeble enough that you know you cannot go forward this frail.

And so he waited until he got his strength back. And then he walked out one final time. That was May 15.

The end of May we moved out of Nick's place. I think that's also when we learned that Nick's mom might have lung cancer.

In June Nick and I moved into our ancient new house, opening the 100-year old front door that, even when closed, lets wind whistle through.

In August, I got bigger and bigger and a week overdue, and then, via C-secion, our Jordan arrived. Nick says that the moment his head appeared through the cut in my abdomen, he was yelling.

Right about that time, Nick's mom had her hip replaced. And his father had a long-scheduled heart operation. I kid you not.

The end of August and early September were, for me, mostly lost to PPD. October and November were hard but increasingly better.

I giggle when I type that, only because I refuse to try to imagine how they might've been worse.

December, December was probably our best month since April.

And I look toward 2010 with hope for goodness and happiness and joy. For us, for everyone.

Email ThisBlogThis!Share to TwitterShare to FacebookShare to Pinterest
Labels: grief, love and happiness, suicide, the boy